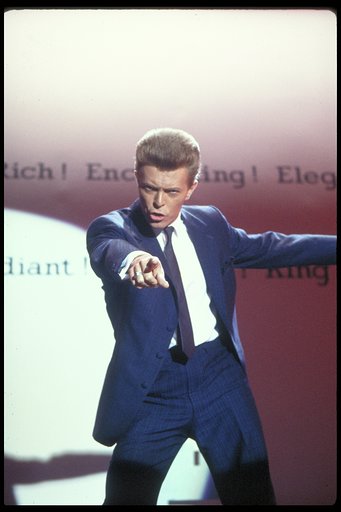 HOME Manchester has announced its Summer film season Pop Stars on Film in partnership with MUBI – an eclectic compilation of 16 films and talks that celebrates the phenomenon of casting pop stars in acting roles.

The season is curated by Jason Wood Creative Director: Film and Culture at HOME and co-curated by Dr Kirsty Fairclough, University of Salford.

Pop Stars on Film will showcase some of the most influential performances from a diverse range of musical icons, from Elvis to J-Lo, and explore some of the cultural and commercial factors that have contributed to this star casting.

Opening with a purple-themed celebration of Prince, the season kicks off with a screening of Purple Rain (1984) – the film that launched Prince’s cinematic career and propelled him into the mainstream alongside the worldwide hit soundtrack – with an introduction from Prince scholar and season co-curator, Dr Kirsty Fairclough, and followed by a specially-curated Prince themed DJ set from curator Jason Wood. Other break-through acting roles of major artists featured in the season, include: Madonna in Desperately Seeking Susan (1985); Queen Latifah inSet It Off (1996); and Tupac Shakur in Juice (1992).

From the 1950s a trend developed for popstars to take leading roles in vehicles specifically created to exploit their appeal and capture their spirit of rebellion and the season includes Elvis Presley’s magnetic performance in King Creole (1958), Mick Jagger’s role as a washed-up singer in Cammell and Roeg’s Performance (1970) and reggae superstar Jimmy Cliff’s renegade songwriter character in The Harder They Come (1972).

The programme also includes the work of high profile pop-stars who have pursued successful parallel acting careers – such as Cher (Come Back to the 5 and Dime, Jimmy Dean, Jimmy Dean, 1982), David Bowie (Merry Christmas Mr. Lawrence, 1983 and Absolute Beginners, 1986),Debbie Harry (Hairspray, 1988, and Videodrome, 1983), and Jennifer Lopez (Out of Sight, 1998). Rounding off the season are Lee Daniels’Precious, starring Mariah Carey, Mo’Nique, and Lenny Kravitz, and the Soho-set The Small World of Sammy Lee featuring Bowie-influencing actor and singer Anthony Newley.

Season partners MUBI will be also be offering all film-lovers in the Manchester area a one-month free trial to their curated streaming service. Offer codes will be available by visiting mubi.com/manchester and also from HOME, a participating cinema in MUBI’s MUBI GO initiative which gives MUBI subscribers a free ticket to a film selected by MUBI in cinemas each week.

Commenting on the season, Jason Wood Creative Director: Film and Culture at HOME, says: “As always it has been some task whittling our long list down to just 16 titles, especially as this has been a season I have wanted to curate since I first became a cinema programmer many, many years ago. I encourage audiences to see the programme as a compilation rather than a full anthology and to also think of it as a way of exploring notions of cultural appropriation. We extend our thanks to MUBI for coming on board to support it.”

Season co-curator Dr Kirsty Fairclough of University of Salford adds: “This season represents a snapshot of the diversity of musical artists that have shifted focus into cinema, with a variety of results. I’m excited to share my passion for all things Prince with Manchester audiences and to celebrate the phenomenal film career of the embodiment of female autonomy in a male dominated industry – Goddess of pop, Cher.”