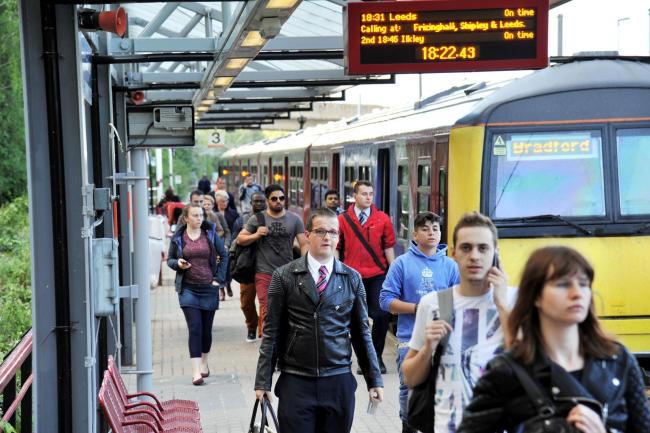 Passengers lost almost four million hours to significantly delayed train journeys in 2018 – making it the worst year since records have been held, according to Which? research.

The staggering level of delays – 3,928,560 hours in total – relates to 8.1 million passenger journeys and meant around 80 trains per day were significantly delayed.

A lamentable year for delays was matched by the results for cancellations, which averaged 660 per day (241,934 in total) in 2018 – also the highest number since comparable records began in 2011.

The damning findings demonstrate why, if the rail system is to start working for passengers, urgent action is needed to improve punctuality, reliability and compensation when things go wrong.

The consumer champion’s findings come as the rail industry rolls out its latest summer timetable which aims to introduce 1,000 extra services per week across the country – one year on from last year’s disastrous timetable chaos where disruption left the personal and professional lives of thousands of passengers in tatters.

It will come as little surprise to Govia Thameslink Railway (GTR) and Transpennine Express passengers to learn that these two train companies, out of a total of 14 franchises analysed by Which?, accounted for more than a third (37%) of all cancelled trains in 2018 (89,178 cancellations).

These train companies also recorded the highest cancellation rates as a proportion of their own services, with one in ten (10%) services on Transpennine Express cancelled last year and seven per cent of GTR’s trains.

LNER (which was Virgin East Coast up until June 2018) and Virgin West Coast had the highest significant delay rates of their planned services, at five and three per cent respectively.

Northern – whose passengers endured seemingly endless disruption during last year’s timetable chaos – accounted for 12 per cent of all significantly late trains and 14 per cent of all cancellations in 2018.

Which? has long been campaigning for simpler and easier compensation processes and after a record year for disruption sent trust in the rail industry to new lows, the case for making compensation automatic has never been clearer. Currently passengers claim for only a third (34%) of journeys where money is owed for delays and cancellations.

According to Which?’s annual rail passenger survey, around a third (36%) of journeys were not claimed for because passengers didn’t know how or where to claim, a third (32%) were not claimed for because it was too much effort, one in five went unclaimed (20%) because the compensation received would not have been very much and for one in seven (15%) it was because it would be too difficult or time consuming.

For six in ten (59%) journeys, passengers were not informed of their right to claim compensation.

Which? research recently found train companies are making it a struggle for passengers to get compensation by demanding up to 24 separate pieces of information during the claim process

To simplify the compensation process and ensure passengers get what they are owed, Which? is calling for the government’s rail review to ensure that fully automatic compensation for delays and cancellations is introduced across the network as soon as possible.

Last week, 84 MPs, including nine members of the Transport Select Committee, backed Which?’s calls demanding automatic compensation for passengers in a letter to the ORR.

“Passengers have faced a torrid time on the trains since the beginning of last year where the rail industry has fundamentally failed on punctuality and reliability. People then face a messy and complex compensation system which puts them off claiming when things go wrong.

“A vital way the government’s rail review and industry can start to restore faith is by introducing automatic compensation for delays and cancellations so that passengers don’t have to fight to get the money they are owed.”