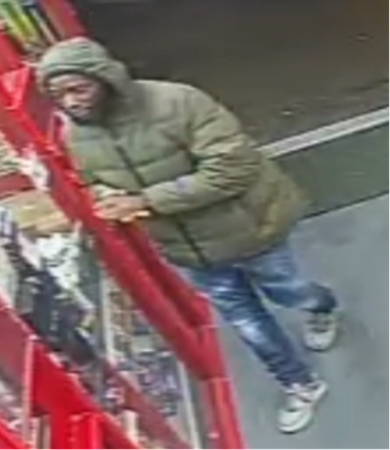 A man was offered a lift by a man and woman in a Renault Megane on Deansgate around 4.50am on the 15th October.

He got into the car and was beaten and threatened by the man and woman before being dragged out of the vehicle and left on the street.

The man suffered a head injury and severe bruising and later received hospital treatment but has since been released.

The offenders stole the man’s Rolex watch and his wallet before attempting to purchase items online from a credit card that was inside the wallet.

A 24-year-old woman was later arrested on suspicion of robbery and kidnap and has since been released on police bail.

Constable Leon McLaughlin, of GMP’s Operation Valiant team, said: “This was a nasty and violent incident which saw a man viciously attacked and robbed and left extremely shaken.

“We are appealing to members of the public to assist us in identifying the man in the image we have released as we want to speak to him in connection to the incident.

“Officers working under Operation Valiant are working to prevent this type of crime and we are committed to do so until we see an end to incidents like these.”