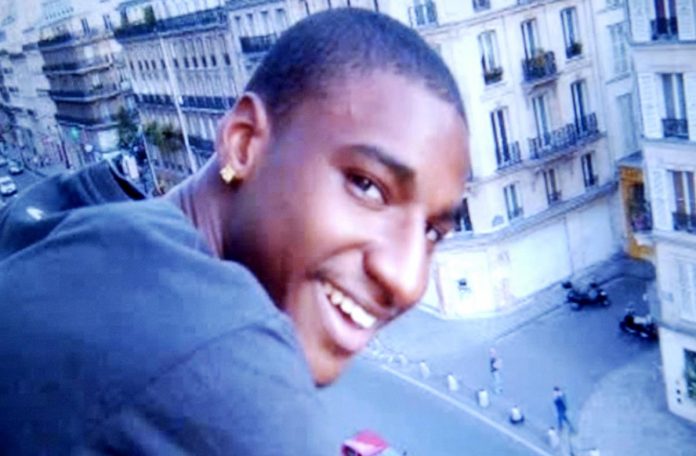 Detectives investigating the murder of Halton McCollin have revealed the gun that was used to kill him was used in several shootings prior to firing the fatal shot 10 years ago.

On Saturday 19 January 2008, Halton was shot in the back of the head in the China Garden takeaway on Chester Road in Trafford just before 9pm.He was taken to hospital but sadly died three days later, on the same day he and his older sister were supposed to be boarding a plane to Barbados to visit their Grandmother.

Halton had been in the takeaway with friends when he was shot in what is believed to be a case of mistaken identity.The gunman fired three shots into the takeaway, causing Halton and his friends, as well as the couple who owned the restaurant, to run for cover.

As Halton ran away however, one of the bullets hit him in the back of his head causing injuries which he would never recover from.

The murder weapon, a silver revolver, was later found when officers searched a house on Parrs Wood Road in May 2008 as part of an unconnected investigation.

Further analysis of the gun found it had been used in shootings between 2004 and 2007, prior to taking Halton’s life in January 2008.

Halton’s killer has never been caught and 10 years on officers investigating the case are appealing for anybody with information to do the right thing and come forward.

Martin Bottomley, Head of GMP’s Cold Case Unit said: “Halton was just 20 years old when he was killed. He had his whole future ahead of him, but his life was tragically taken away from him in the cruellest of circumstances.

“For Halton’s family and friends, life will never be the same again. Ten years may have passed but things do not get any easier for Halton’s loved ones as they try and endure a life without the man they miss so much.

“Halton would have turned 30 at the end of last year and may have married or had children. Instead of celebrating these milestones however, his family are left visiting his grave and wondering what kind of man he might have turned out to be.

“Meanwhile, Halton’s killer has been able to continue with his life and today I am appealing to anybody who knows anything to do the right thing and call us. Halton’s family and friends deserve to know what happened to their son and this case will not close until the gunman is brought to justice.

A £50,000 reward for information leading to the arrest and conviction of the gunman remains available to anybody who comes forward.

33 year old in serious condition after being dragged from his car and attacked...