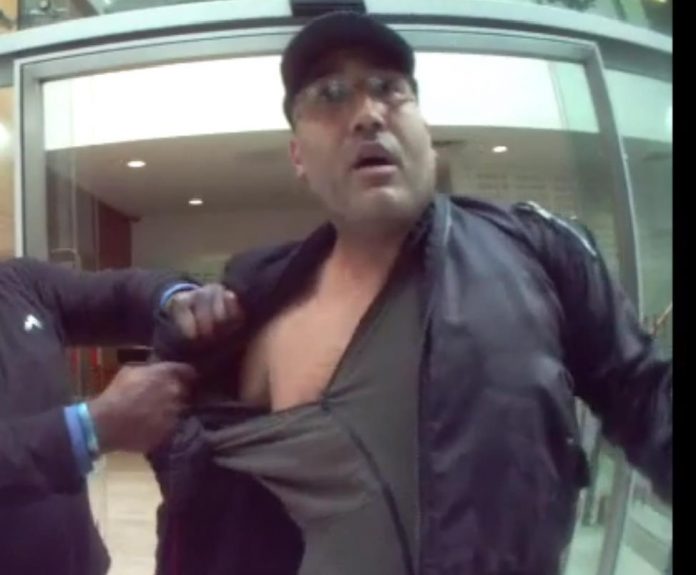 Police have released an image of a man in connection with racial abuse in Piccadilly Gardens two weeks ago.

The incident happened outside City Tower by Piccadilly around 2.20pm on the 12th Octobers when two offenders had been stopped by a security guard as they tried to take items from the shop.

They pushed the victim over, before shouting a torrent of racist abuse at him and running off down the street.

Police have now released an image of a man they wish to speak to in connection with the incident.

Police Constable Louise McFarlane of GMP’s City of Manchester Borough, said: “This racial attack on the man simply going about his job, is unacceptable and totally unfounded.

“It’s appalling that this kind of thing can happen at any time, but especially in broad daylight in a very busy part of town, it’s shocking.

“I’m asking for anyone who recognises the man in the image, or who was there at the time, to please come forward and help with our investigation.”