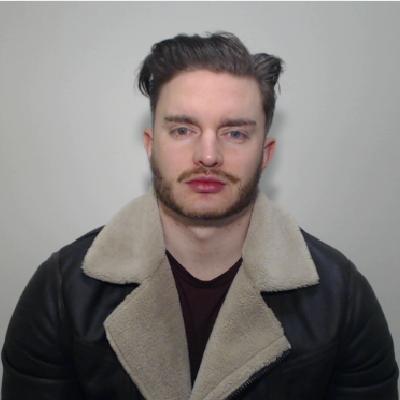 A man who sexually exploited a pre-teen girl has been jailed for two and a half years today at Manchester Crown Court.

Carl Hodgson aged 28 , of Hill Quays, Manchester, will also have to sign the sex offenders register for life and be subject to a sexual harm prevention order for 7 years.

On the morning of Saturday 24 February last year, police were contacted by the mother of a 12-year-old girl who had gone missing from her home in Bury.

She returned home later that day but her disappearance raised suspicion and concern with her family, so they checked the girl’s phone when she went to sleep the following night.

The phone revealed that she had been in contact with a user called ‘carlos1871’ on Instagram and that he had possibly been with her the night she went missing.

The messages were reported to police and further enquiries confirmed that carlos1871 was in fact Carl Hodgson.

After being arrested, his phone was examined and detectives found indecent images of the victim which had clearly been taken in Hodgson’s bedroom.

The images had also been sent to another person over WhatsApp along with messages bragging about being with the victim and making provocative comments about the clothes she was wearing.

Faced with the prospect of a trial, Hodgson pleaded guilty to all the offences he was charged with.

Detective Constable Tina Jackson, of GMP’s Project Phoenix Bury team, said: “Carl Hodgson would have known the schoolgirl was under 16 and showed complete disregard for the law for his own sexual gratification.

“In reality he did not care and saw an opportunity to satisfy his own sexual urges which he then bragged about to his friends.

“Thankfully the signs of what was happening were spotted by the victim’s family and the police were quickly alerted.

“This quick thinking has ultimately led us to where we are today and I would like to thank them for helping take this predator off the streets.”