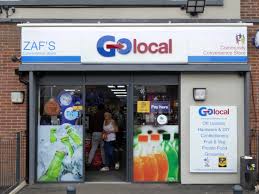 Neri sadly died following an incident on Pollard Street at around 6.30pm on Wednesday .During this incident, a second man – also in his 20s – was injured.

Detectives believe this was linked to an incident at Zaf’s Go Local on Butler Street between 6.15pm and 6.25pm that evening.

Rushaun Brown aged 24 of Higher Ardwick, Manchester has been charged with murder, section 18 assault and possession of a bladed article. A second 23-year-old man remains in police custody.

Detective Chief Inspector Wes Knights, of GMP’s Major Incident Team, said: “Though one man has been charged and a second remains in police custody, our investigation doesn’t stop here – it’s vital we gather all available evidence and ensure anyone involved in criminality in connection with these incidents are brought to justice.

“In addition to our appeal for general information, we are now appealing for information about the incident at Zaf’s Go Local in the 15 minutes before Neri’s death and ask anyone who was inside or outside at the time to contact us or Crimestoppers.

“Furthermore, I can now reveal that a vehicle which we believed was used by those responsible for Neri’s death in the aftermath was recovered from Kenwood Road in the Reddish area of Stockport at around 11.45pm that evening. I also ask anyone with information about that deposition or dash cam footage to share it with us without hesitation.”