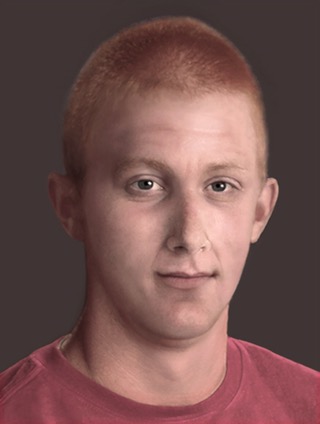 Police are continuing to search for a missing man who was last seen more than eight years ago.
Jordan Anthony Ratcliffe who was 16-years-old when he was reported missing, will be turning 25 today.

On another landmark date in the investigation, officers have stressed that enquiries continue to be made, and that the £20,000 reward for information leading to his whereabouts still stands.

Jordan is originally from the Moston area and was last seen on 31 August 2008, after he was dropped off by his aunt at around 4.45pm on Tib Street in Manchester.
He is described as white, of medium build, tall with short ginger hair and brown eyes.He was wearing a black and grey jacket, black Nike tracksuit bottoms and black trainers.

In 2014, officers received intelligence that Jordan may have been seen in the Portsmouth area, although there have been no further sightings.
Detective Constable Christopher Doggart said: “It is now more than eight years since Jordan’s disappearance, but efforts are still very much being made to find him.
“Officers are revisiting lines of inquiry and making renewed searches of the GMP area, but information from the public could still prove crucial in this investigation.
“The £20,000 reward that we offered for information leading to Jordan’s whereabouts still stands and I would urge people to study the images that we previously released showing Jordan as he is now more likely to look.

“He was only 16 when he first went missing, but today, on his 25th birthday, he is likely to be significantly different in appearance.

“We have a dedicated, 24-hour line to receive calls relating to his disappearance, so I am urging anyone who has any information, no matter how small they feel it might be, to get in touch as soon as possible.”
Anyone with information relating to the disappearance of Jordan should call GMP on 0161 856 2491, or contact the independent charity Crimestoppers, anonymously, on 0800 555 111.

Report calls for a revolution in social security with £45b needing to be spent...

People are continuing to cut borrowing and store cash during pandemic