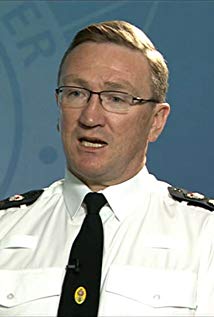 In a statement issued yesterday following the verdict of the inquiry into the Anthony Grainger shooting,Greater Manchester’s Chief Constable Ian Hopkins apologised to the family

”Having listened very carefully to His Honour Judge Teague’s statement today at the conclusion of The Anthony Grainger Inquiry, and having had further time to consider the report, I would now wish to make a further statement.

“I am, through lawyers representing Mr Grainger’s family and his partner, offering to meet them in person if they wish.

“The intention of Greater Manchester Police through the Operation Shire investigation was to prevent harm to the public. Our failings have led to Anthony Grainger’s death and caused unimaginable harm to his family.

“For that I am sincerely sorry.

“We will now study the report in detail and discuss with the Independent Office for Police Conduct what further action may be necessary in response to the Chairman’s conclusions.

“We have already taken steps to improve the safety of firearms operations following Mr Grainger’s death in March 2012.

“We will consider the recommendations to identify any further additional measures that are required to improve the safety of our firearms operations.”

Jailed after travelling over twice the speed limit as he went through a red...