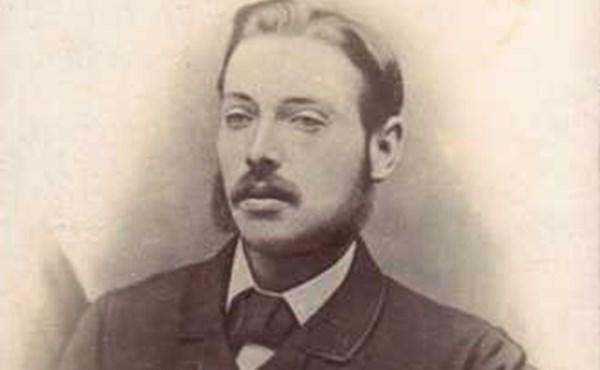 A plaque commemorating a London and North Western Railway police officer (now British Transport Police) who was killed in the line of duty exactly 126 years ago has been unveiled this week at Wigan North Western station.

Detective Sergeant Robert Kidd, a 37 year old married father of seven children aged under 12, was an officer of the London and North Western Railway Police when he was murdered while attending an incident at Wigan North Western station following a spate of thefts from goods wagons, on September 29 1895.

He, along with his colleague DC William Osbourne, were patrolling the railway sidings when they saw a man crouched in the shadows behaving suspiciously. As they approached, he ran off and DC Osbourne gave chase, eventually catching him.
He staggered to the sidings where he found DS Kidd lying on the ground with nine knife wounds to his face and neck.
He attempted to carry his fallen colleague but collapsed unconscious by his side after raising the alarm from a nearby signal box.

The ceremony was followed by a memorial and laying of a wreath at DS Kidd’s graveside in Salford where family members of the officer’s descendants were also present.

Chief Supt Glen Alderson said: “DS Kidd paid the ultimate price for upholding the law. Despite the passage of time, it is with both sadness and respect that we pay tribute to his memory and the plaque will now serve as a reminder to generations to come of the service and sacrifice he gave.”

BTP History Group chairman, Philip Trendall said; “Robert Kidd gave his life in the course of doing his duty in a dark and lonely place and the History Group is honoured to be able to finally recognise the dedication and sacrifice that he made.”

A new CURE to help smokers with their addiction