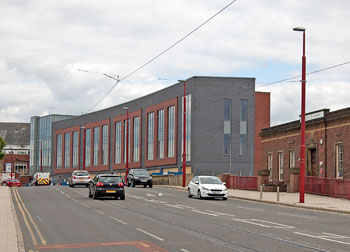 Residents are being invited to have their say on proposals to relocate Droylsden Library to the adjacent Guardsman Tony Downes House.

The proposed move to more modern, accessible and affordable premises – which would be made possible by time limited government grant funding – would help to future proof the library so it could benefit and be enjoyed by the community for generations to come.

Tameside Council wants to know people’s views on the proposals and what their priorities for a relocated library would be – whether that’s computer use and printing facilities, better community spaces, a more accessible layout or something else.

Residents can access  the four week survey, which closes on Wednesday 17 March, at https://www.tameside.gov.uk/tbc/droylsdenlibrary

Like all local authorities across the country, the council is facing significant financial challenges which have been exacerbated by the Covid-19 pandemic.

The existing Droylsden Library building, constructed in 1937, is deteriorating and the rising cost of repairs, a desire to progress with the regeneration of Droylsden Town Centre and the inaccessibility of the library’s “T” shape, three-floor configuration means that a solution for the future of the library is now needed.

In 2015 Tameside Council engaged residents and library users on the potential relocation of Droylsden Library from its current building to the ground floor street level of Guardsman Tony Downes House, underneath the Greater Manchester Pension Fund offices. The response from residents and library users was positive, with over 90% of participants saying the proposals would be an exciting opportunity for the local area.

Unfortunately, Tameside Council has not had sufficient funding to deliver a new library for Droylsden until now, when it has been successful in accessing time limited grant funding, which could enable the council to relocate Droylsden Library to Guardsman Tony Downes House.

Sisters taking on Snowdon at Night for The Christie