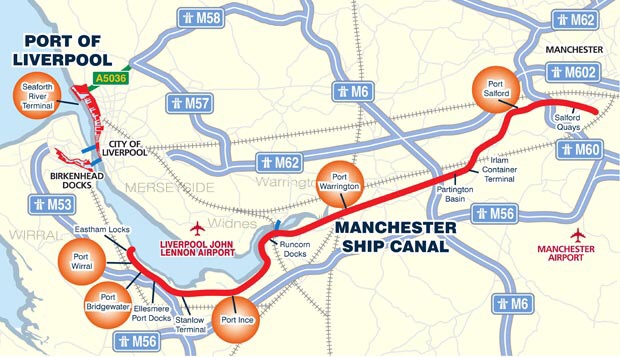 The Greater Manchester Combined Authority has announced that it has given‘in principle’ approval for £6.6 million in loan funding to support three projects
The bulk, £4.6 million, will go to Port Salford Holding Ltd while B&H Precision Tooling (Stockport), a specialist supplier of tooling for the aerospace industry and RealityMine, a technology based market research company based in Trafford will receive the rest.

The Port Salford scheme, under the control of Peel Holdings, is billed as UK’s first inland “tri-modal” port facility and distribution park linking ?the Manchester Ship Canal to the Liverpool2 deepwater shipping terminal.

The money will be used, says GMCA, deliver road improvements, reduce congestion and create better local transport connections to the new Port Salford National Import Centre. The project will support the creation of hundreds of jobs throughout the Port Salford site and will directly create at least 40 temporary jobs in construction.

B&H Precision Tooling will be able to extend their current site, creating eight new jobs and retaining 20 existing positions within Greater Manchester while RealityMine, who have previously benefitted from Greater Manchester loan funding, will use the £1.25 million of support agreed today to support the creation of 63 new jobs.

Councillor Kieran Quinn, GM Lead for Investment said: “Greater Manchester has committed to support business growth and our investment framework is just one of the ways we are delivering against that promise. By providing loans to regional projects and businesses at commercial rates we can unlock development that drives economic growth and creates jobs for local people. These projects will together directly create more than 100 skilled jobs and through the transport improvements supported at Port Salford will enable the creation of hundreds more. Following today’s in principle approval we have asked that the Greater Manchester Investment team work with the businesses to ensure that they can access this funding, and deliver the benefits to local people, as quickly as possible ”