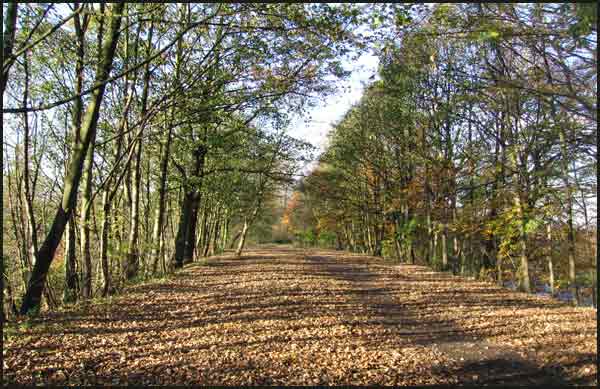 Controversial plans to turn a Salford beauty spot into a multi million pound housing estate have been thrown out at a second attempt today by the The Secretary of State of Communities Housing and Local Government.

Salford City Council’s decision to refuse planning permission by the Peel Group for two prospective developments, for 600 new homes at Broadoak in Worsley, and for a smaller development of 165 new homes within the same site.

In reaching his decisions on the two developments the Secretary of State has identified that the developments would fragment and detract from the openness and continuity of the Worsley Greenway and would cause unacceptable harm to its character and its value as an amenity and open recreational resource. Given this, there would be a clear and fundamental conflict with the council’s long standing Worsley Greenway policy.

The greenfield site is a mixture of woods and open meadows and stretches from Monton Green to Worsley Road.

The Peel Group appealed the panel’s decision but, after a six week public enquiry in 2014 the original decision was upheld by the Secretary of State in March 2015.

The Peel Group submitted a high court challenge but before that could be heard a separate high court panel ruled that a technical element of the inspectors report was wrong and the March 2015 decision by the Secretary of State was quashed.

The government said a new inquiry would have to be opened to consider all the evidence again. Meanwhile, The Peel Group applied for planning permission to build 165 homes on a smaller part of Broadoak which was refused by the council’s planning panel in July 2017.

Councillor Derek Antrobus, Lead Member for Planning and Sustainable Development at Salford City Council, said:  “This is the second time the Secretary of State has supported the Council’s policy to protect our valuable green space.  The Greenway policy has been in force for years and is designed to keep a vital green lung between Monton and Worsley.

“Local residents from both areas have supported our stand on this and did a fantastic job in putting the case to Government.

“This land is not the right place for development and thanks to our long-standing policies we have protected it for generations to come. Our draft Local Plan policies will aim to further strengthen protection of this land.

“Salford is committed to maximising development on brownfield land and there are plenty of other sites which fit that bill where Peel can build much needed family homes.

“I would encourage them to concentrate on those areas. I sincerely hope they will not waste taxpayers’ money by challenging this decision and making the council fight them again in court. ”