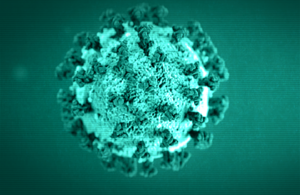 People who test positive for COVID using a lateral flow test but show no symptoms will no longer be required to take a PCR test as the Government attempts to ease the self isolation crisis during the Omicron pandemic.

The UK Health Security Agency said the rule change will apply from 11 January and apply to England only for now.

The Government has also announced that pre-departure tests for UK arrivals will be scrapped from Friday and those arriving in the UK will also no longer need to isolate until receipt of a negative PCR test.Instead, a lateral flow test will need to be taken no later than day two after arrival

Speaking in the House of Commons the Prime Minister said

“I can announce that in England from 4am on Friday we will be scrapping the pre-departure test, which discourages many from travelling for fear of being trapped overseas and incurring significant extra expense.

“We will also be lifting the requirement to self-isolate on arrival until receipt of a negative PCR, returning instead to the system we had in October last year, where those arriving in England will need to take a lateral flow test no later than the end of day 2 and, if positive, a further PCR test to help us identify any new variants at the border.”

He also annopunced that England will stick with Plan B measures for another three weeks, before a review on 26 January.

Coronavirus isolation in Scotland will be cut from 10 to seven days from midnight, if people are negative on lateral flow tests for the last two days and have no fever, Nicola Sturgeon has announced at the Scottish Parliament this afternoon