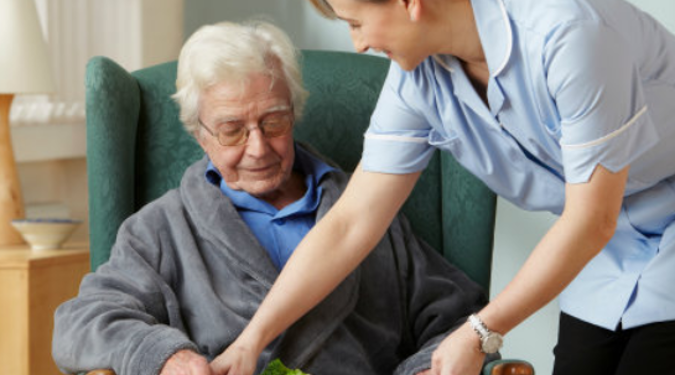 Pay for care-workers in Salford is set to rise to £8.30 an hour, well above the National Minimum Wage.

The move by Salford City Council and NHS Salford Clinical Commissioning Group (CCG) will bring 300 workers up to more than £17,200 per year – putting their hourly rate well above the National Living Wage.

Workers at the five agencies which are contracted to provide social care in the city will see the increase in their October pay packets. It could mean as much as an 80p an hour increase for some staff.

City Mayor Paul Dennett said the measure would cost around £725,000 over the next two years but that care workers were “worth every single penny.”

“Care workers do one of the most important jobs in society and it is only right that they should receive decent pay for it.

“This move could see care workers in Salford earning a minimum of £17,000 per year which will mean a significant boost to individual pay packets and give people extra money to spend in our local economy. It will also help with the challenge of recruiting and retaining good staff to care for our most vulnerable people.”

The money will come from a three year, national government grant to help adult social care cope with unprecedented demand, recruitment and retention of staff after widespread reports of a ‘crisis’ in social-care last year.

Councillor Tracy Kelly, lead member for adult services, health and wellbeing said: “Care workers are tremendously under-valued, and have borne the brunt of austerity at the hands of the current government.

“The ‘grant’ money we received should never have been taken out of the system in the first place. Hopefully this pay rise will play a small part in mitigating the stress on our staff.”

Dr Tom Tasker, chair of NHS Salford CCG, said: “Working in social care is about helping people maintain their independence and dignity to live their lives to the fullest by providing personal and practical support.

“The demand for adult social care services is increasing because of the growing number of older people needing care and others living with complex and multiple needs, but being able to recruit and retain staff has been affected by historically low wages.

“This move addresses this and helps to make sure some of the most vulnerable people in our city get the high quality and continuous care they deserve.”

Chris Evans, Managing Director of Salford Integrated Care Organisation at Salford Royal NHS Foundation Trust, which manages adult social care in Salford, said: “We are pleased that the important role of care workers is being recognised with this pay increase.

“This will prove an important tool in enabling us to recruit and retain a strong workforce of carers, so that we can continue to offer the people of Salford high quality health and social care which allows them to live independently in their own homes for as long as possible.”

Unison branch secretary Steve North said: “This is a step in the right direction and very welcome.

“UNISON has been lobbying local authorities and the NHS to raise employment standards across social care through our “Care Workers for Change” campaign.

“Good wages and decent terms and conditions are not just good for workers but, because they mean better training and less turnover of staff, they are also good for the vulnerable people they look after.”

Lockdown measures linked to an increase in drinking at home