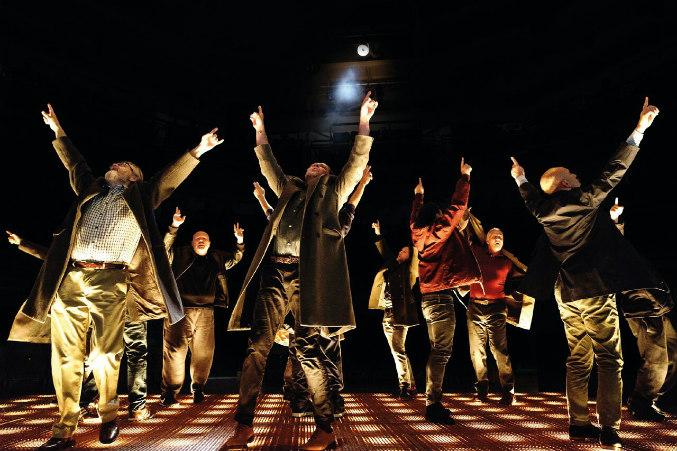 A report due to be considered next week by Manchester City Council’s Communities and Equalities Scrutiny Committee and the Council’s Executive, shows that the biennial festival is continuing to grow in popularity both with audiences and with international artists keen to be a part of it, and that it was worth £40.2 million to the local economy – up from £38.8 million in 2015.

This year’s Festival was the sixth since the inaugural Festival in 2007, and the first under new artistic director John McGrath.

It was the biggest to date with 18 extraordinary days of performances and exhibitions presented in landmark locations, hidden spaces and a host of unique venues across Greater Manchester. It included over 380 performances of 32 different commissions and special events.

The Festival’s international reputation as a leading world incubator for cutting-edge art continues to grow. Key growth areas for this year’s Festival were the active participation of local people in productions, increased attendances through free outdoor events, and a significantly stronger global on-line presence.

Sir Richard Leese, Leader of Manchester City Council, said: “This year’s Manchester International Festival was a record-breaker in more ways than one.

“The maths alone confirms our belief that cities need culture, as much as culture needs cities like ours that continue to support, nurture, and positively embrace all that the arts have to offer.

“We have a long history in Manchester of innovation and firsts – and that is as true of the arts as it is about science and technology. This year’s MIF demonstrated this with the festival of firsts further cementing its position at the forefront of the international cultural scene.

“As the development of our unique ground-breaking venue that will be The Factory also gathers pace, the next few years will continue to be all about innovation as Manchester takes centre-stage at the heart of a cultural revolution that will be unrivalled in the UK and beyond.”

Manchester International Festival works with co-commissioning partners around the world. MIF17 shows will travel to the Schaubühne Berlin, Wiener Festwochen, Karachi Biennale, Lyric Theatre London and more. These partnerships contribute significantly to MIF’s funding, in addition to support from the Council and Arts Council England. Income for the 2017 Festival from private sponsorship, individual giving and trusts and foundations stands at over £3.2 million pounds.

The Festival also gives more local home-grown talent a chance to shine, and MIF17 opened with a celebration of Manchester – What is the City but the People? – which invited more than 100 local residents to walk a huge catwalk in Piccadilly Gardens.

John McGrath, Artistic Director and CEO, Manchester International Festival, said: “It’s been fantastic to gather up the evaluations and the responses from the wonderful artists who were part of MIF17. Everyone has spoken of how special Manchester felt – the welcome they were given by the MIF team and our partner venues, and also by the people of the city.

“Active participation in the festival has tripled this year, with local people at the heart of shows ranging from the intimate stories in Manchester Street Poem, to our loud and proud Fatherland Chorus. This engagement with place and local stories was often cited by our international visitors most as one of the things they most appreciated about MIF17.

“MIF is unique: a Festival where not only is most of the work a world premiere, but also much of the work could only have been born in our great city of invention.”

The next edition of Manchester International Festival will take place 4 – 21 July 2019.