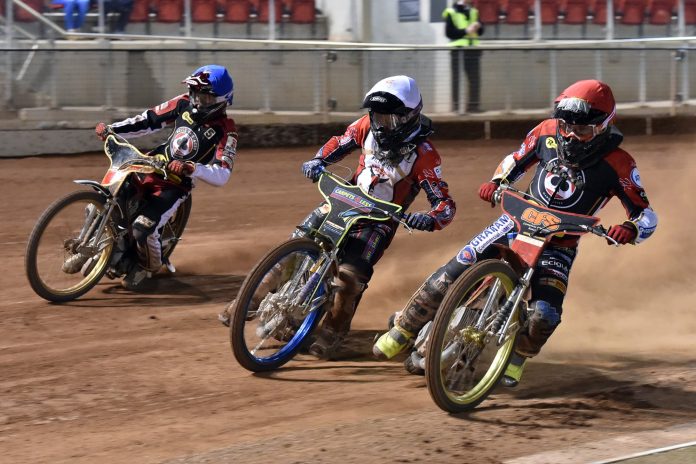 Belle Vue’s new signing Paul Starke is prepared to take full advantage of his temporary tenure at National Speedway Stadium and is relishing his first top flight meeting of 2018.

The 27-year old makes his Rentruck Aces debut on Monday, April 9, in the club’s first Premiership league fixture of the season against a very solid-looking King’s Lynn Stars side.

With ample experience at British Speedway’s highest level, Starke is relishing the chance to race for the Rentruck Aces at number 3 in place of the injured Damian Dróżdż.

He said: “There’s no such thing as an easy riding position. No.3 is one of the big ones but I’ve proved I can handle the pressure after I started in the same spot with Poole last year.

“I wanted to ride full-time in the Premiership this year but that hasn’t happened so far, so I want to do all I can to put in some big points for the Aces to repay their confidence in me.”

Belle Vue have already made a comfortable start to their home campaign with a win over reigning champions Swindon, and they aim to continue the trend against King’s Lynn.

The Stars are packing some of the sport’s big guns as they launch their league title bid, with Niels-Kristian Iversen, Robert Lambert and Tomas Jorgensen leading the charge.

Starke believes his side can match the visitors like-for-like, but that they can expect stiff competition from the southerners, adding: “You couldn’t pick a winner from this one.

“The Aces have already made a good start at home and there’s some great momentum behind the team, but this is King’s Lynn’s first meeting so they’ll be keen to make it count.

“Both teams are strong and capable of winning so we need to make sure we’re the team on form. We want all three points so we’ll need to knuckle down to get the result we want.”

Wednesday night sees Starke return to his former hunting ground at Wimborne Road, before the Rentruck Aces return to home action next Monday, April 16 against the Pirates.

Tickets for all Belle Vue home fixtures are on sale now via the club’s official website, www.bellevueaces.co, or alternatively at the stadium box office on race night.

Aces Down But Not Out