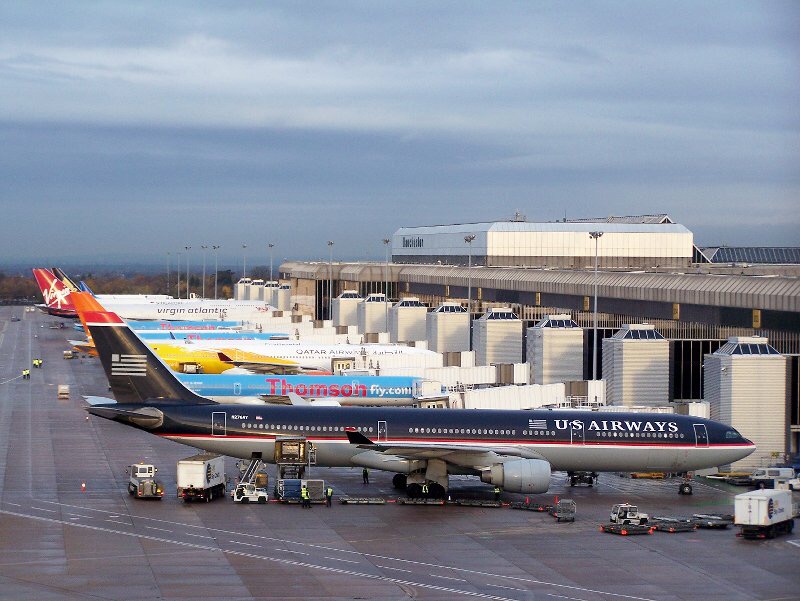 The number of people using Manchester Airport increased again last month, with 2.80% more people using the airport this May, than last year, despite none of the North’s top football teams making it to the last stages of European competitions again, meaning the airport missed the typical May football fan boost it has become somewhat accustomed to in recent years.

A total of 2,093,391 people travelled through the North’s major airport in May 2015, up from 2,036,410 in the same period last year.
It moves the rolling annual total to 22,406,306, an increase of 6.21% year-on-year, and the most ever for Manchester Airport, with current forecasts indicating that the airport will break the 23 million passenger mark by 2016.
The amount of air freight handled through Manchester also showed further strong growth, increasing for the fourth consecutive month, up 9.24% from 7,996 tonnes in May 2014 to 8,735 tonnes in the same period this year.
Ken O’Toole, Manchester Airport’s Managing Director, said: “We continue to invest in making sure Manchester Airport can fulfil its potential as a true UK gateway for the north of England, through investment in new facilities; marketing initiatives to remind people in our catchment of the services we offer; or working with airline partners to deliver more new routes.
“We’re well prepared for the busy summer season ahead and expect it to be our best and busiest ever.
“With over 22m people living within our two hour catchment, two full length runways and all-time record passenger numbers, Manchester Airport has, and will continue to have, the available capacity and demand to meet the needs of our catchment that extends as far north as Scotland and South to the Midlands.”
With a host of new routes being announced for this year, passenger numbers look set to continue to rise.

Austrian Airlines has announced a new route from Manchester Airport to the Austrian Capital, Vienna. The new daily service starts on 10th September 2015.

A new route by Delta, started from 22nd May 2015, flying daily from Manchester Airport to JFK, New York. Daily flights to Bournemouth started 18th May with Flybe.

Jet2 and Jet2holidays are now flying to four new gorgeous sunny destinations from Manchester to Kefalonia, Malta, Antayla and Tunisia, for Summer 2015.
Ryanair has extended its Manchester Summer 2015 schedule with a new route to Stuttgart in Germany, operating six times a week. This is in addition to new routes with Ryanair from Manchester to Bologna, Lisbon and Zadar; along with Eindhoven.

A new Iberia Express service will commence from 8th September 2015, with flights operating four times a week on Tuesdays, Wednesdays, Thursdays and Fridays to Madrid.

Starting on the 19th June 2015 Vueling will be operating a 4 x weekly service from Manchester to Barcelona for Summer 2015.
Manchester Airport also announced this month a £1bn 10 year transformation programme for the UK’s third biggest airport which, will future-proof it and allow it to continue to play its role of the UK’s Global Gateway from the North.

Trafford Metro line is a goer