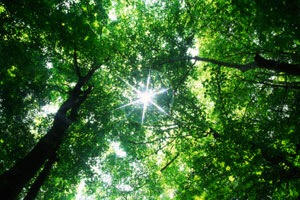 A charity which creates memorial woodlands across the UK has been given the go ahead to branch out with a project in Salford.

Salford City Council has agreed to lease the former Clowes Park tree nursery in Clowes Park, Broughton to the Oldham based charity Life for a Life.
The charity enables members of the public to celebrate or commemorate loved ones by planting memorial trees to create a new woodland and installing memorial benches. It has over 50 sites across the UK and all funds raised are redistributed to hospitals, hospices and health related organisations.
Last year the Charity helped to created a Holocaust Memorial garden in Clowes Park and it has close links with nearby Broughton House, a home for ex-servicemen and women which celebrates its centenary next year.
Councillor Gena Merrett, assistant mayor for housing and environment, said: “This is a wonderful way to bring a disused corner of Clowes Park back to life.
“This will create a beautiful new woodland for everyone to enjoy while boosting wildlife and raising funds for health care.”
The tree nursery, which is separated from the main park by a brick wall and fencing, closed over 20 years ago. Salford City Council had considered turning it into allotments or a horticultural training facility but the plans had to be abandoned as the soil was unsuitable for growing food and the cost of clearing trees on the land and importing clean top soil was prohibitive.
Under the agreement the council will make the land available exclusively to Life for a Life for 50 years at no cost. The charity will design a planting scheme and will be responsible for all costs including public access, planting, footpaths, gates and signs and all ongoing maintenance work. If they are unable to continue with the project the land will revert back to the council.
At the end of the project all individual plaques and markers will be removed and replaced with a single plaque, dedicating the woodland to all whom trees were planted in memory of. The plantation will be recorded as memorial woodland and either the charity or Salford City Council will maintain it.
Since it was formed, Life for Life has contributed to the World War II memorial statue for Polish armed forces and resistance fighters at the National Memorial Arboretum, Lichfield, helped plant the Winston Churchill memorial tree in Trafford and restored memorials to three Bury air cadets killed in a helicopter crash in 1993 and army personnel and their families caught up in the 1974 M62 coach bombing near Hartshead services.