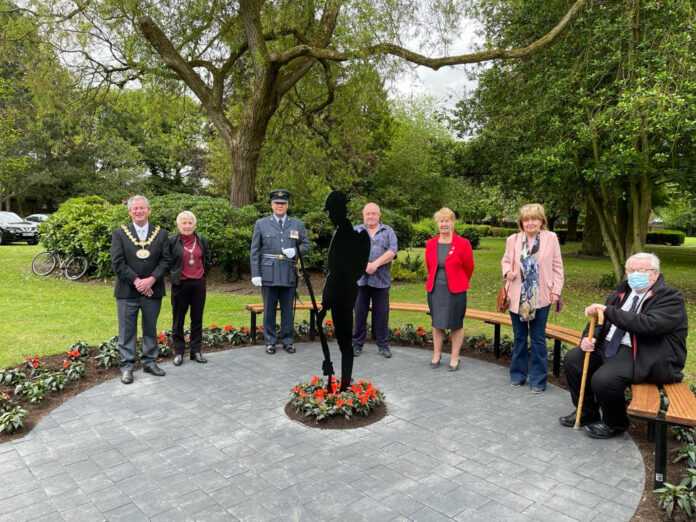 A new bench and a silhouette of a soldier have been unveiled in a Salford park as a lasting tribute to the UK’s armed forces.

The Friends of Winton Park and Winton Festival Committee supported by local councillors raised £5000 to pay for the circular bench in the park as a constant reminder of all members of the armed forces who lost their lives in service and those who are currently serving all over the world for their country.

Councillor David Lancaster, lead member for environment and community safety, said: “I would like to say a big thank you to the Friends of Winton Park and Winton Festival Committee for their fundraising and for choosing Winton Park for the tribute which is greatly appreciated.

“This is a fitting tribute to our armed forces past and present and has been welcomed by the community.”

Councillor Morris said: “The memorial bench and silhouette is a lovely tribute.

“Unfortunately, due to the coronavirus pandemic events for Armed Forces Week in the city have been put on hold this year. But we hope to be back next year as normal.

Councillor Warner added: “Our armed forces remain in our thoughts and I’d like to thank them and all their families for all they do to protect our country.”