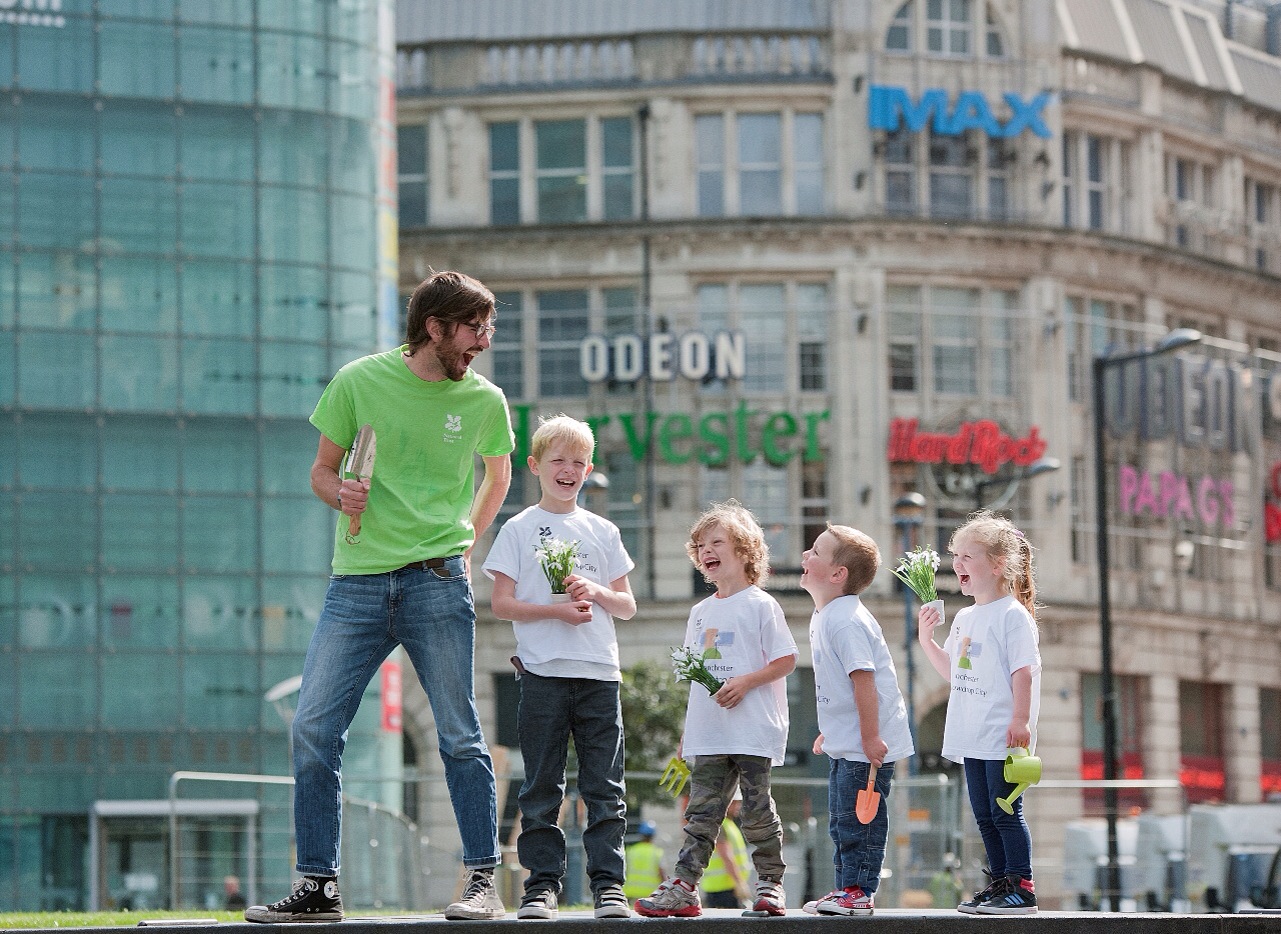 Thousands of delicate white flowers to be planted across Manchester
to mark the Centenary of the First World War.

Leading the charge is National Trust’s Urban Gardener-in-Residence Sean Harkin, who is hoping to recruit as many green fingers as possible of all ages to help plant the bulbs between 13 and 21 September across the city at various landmarks.

As part of his role, Sean is delivering projects in Manchester city centre on behalf of the Trust which aim to get people gardening.

He is also working with partners in the city to champion innovative and creative ways to use green space, to encourage them to
create wildlife havens, edible planting and beautiful places that provide an escape from the bustle of the city centre.

Sean says, ‘The symbolic nature of the snowdrop fits very well with the 100 year commemoration of WWI. The colour of this
beautiful flower is representative of the chalk white of the war graves. Not only that, the snowdrop is so fragile in appearance,
yet can be such a powerful emblem when linked to the Great War.

“We’re hoping to get lots of children, as many volunteers and members of the public as possible supporting us with the
planting during the week. Planting 100,000 bulbs is no mean feat!”

Snowdrop City will be taking place at the following venues:

Snowdrops have also been selected as they are an early source of nectar for bees which are a symbol of Manchester.

“Manchester will be planted white. Carpets of snowdrops will appear from next February, and every year after, as a poignant reminder of the rows of white war graves left behind after the War and a lasting legacy to the centenary,” says Sean.

50 local primary schools are taking part with Snowdrop packs containing 500 snowdrop bulbs and an Information Booklet for teachers are
being sent out to schools that registered.

In total the primary schools will be planting 25,0000 bulbs and then another 100,000 will be planted in public locations at the mass planting drop ins.