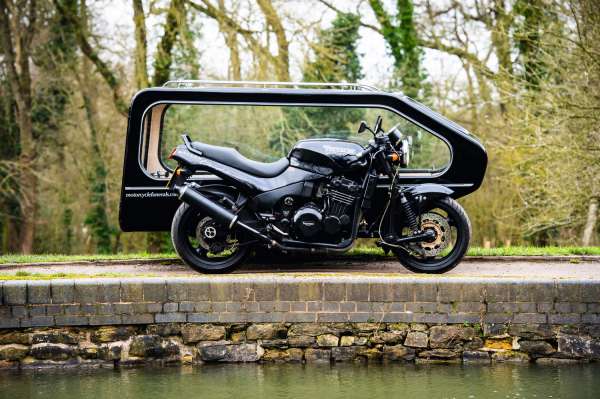 A major study into funerals has revealed a once-in-a-lifetime seismic shift in the nation’s attitude to death with Brits more open than ever to talking about their end-of-life wishes.

Co-op Funeralcare, the UK’s leading funeral provider, has been tracking attitudes into death for more than a decade. New research out today in the ‘My Wishes, My Way’ report, which polled Brits who intend to have a funeral, reveals that over a third (37%) feel that funerals are generally too sombre and should be more uplifting.

An estimated 35 million adults state they want their funeral to be a celebration, compared to an estimated 20 million who expressed this wish in 2019.

The survey conducted by YouGov and commissioned by Co-op Funeralcare conveys a post-pandemic effect on how we view funerals, with 70% of those polled in the North West stating they now feel comfortable talking about their funeral wishes.

Surprisingly, 40% of Generation ‘Z’ers (people aged 18-24 years old in Britain) have already thought about the way they want to say goodbye compared to just 37% of those aged between 25-44 years old.

Co-op Funeralcare’s Managing Director, Samantha Tyrer, welcomes the shift in mind-set and urges the nation to continue to talk to loved ones in order to open up conversations around death;

“As we’ve lived through the pandemic and seen such a tragic and unimaginable loss of life, the nation’s attitude towards death and dying has been changing. It’s incredibly poignant that society is gradually becoming more comfortable talking about the inevitable and that more people would like their final farewell to feel more like a unique celebration of their life.

The passing of a loved one is heart-breaking for families and friends but making our wishes known can offer reassurance and comfort when the time comes. At Co-op Funeralcare, we’re encouraging people to talk to their loved ones about their end of life wishes in order to break down the taboos around death and dying and to ensure we give our loved ones the final unique send-off that they would want.”

Co-op Funeralcare’s research also shows that greater levels of personalisation is appealing to more people in the North West who wish to have a unique and meaningful funeral, their way.

Almost two-thirds (63%) state that it is not important to them to have their funeral in a religious setting and almost a quarter (24%) are moving away from traditional black attire, preferring mourners to dress in bright colours, this compares to only 17% who now prefer a darker dress code.

When thinking about which specific aspects of their final farewell people would like to personalise, over half (54%) would choose specific songs and 21% said they’d like a bespoke coffin.

When thinking about his own funeral, Reverend Richard Coles said, “If I could REALLY personalise my funeral, I’d have a Ring Cycle. Fifteen hours of opera too much? In that case I would like a traditional CofE funeral, but with extra music from musician friends, and readings from actor friends. And a wake catered by chef friends. And a very quiet burial next to my late partner David in the spot reserved for me in the prettiest churchyard in Northamptonshire. And then a massive eighties night at the Cricket Club”.

How funerals are represented in the media is also a catalyst for change, with 25% of those polled in the North West stating that celebrity funerals make people think more carefully about their own final send off.  An estimated 2.6 million adults[5] said that watching the Duke of Edinburgh’s funeral, featuring a beautifully modified Land Rover hearse, made them want to personalise their own hearse, and 12% of those surveyed in the North West said the Duke’s regal farewell encouraged them consider the type of music they’d like to have.

Manny Badyal, Funeral Director at Co-op Funeralcare, said, “We are seeing a trend in personalisation of funerals which really help to create a unique celebration of someone’s life. Loved ones are moving away from traditional black hearses and black attire. We now see more colourful and celebratory services, ones which help families remember their loved one’s passions and achievements whilst saying their final farewell. It’s important people understand that they can capture all of their wishes in a personalised funeral plan which can offer families great comfort when the time comes.”

The ‘My Wishes, My Way’ report can be viewed here.