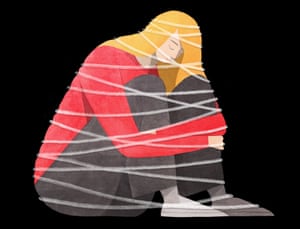 Greater Manchester Police have recorded 1,597 crimes involving coercive and controlling behaviour since a new law was introduced at the end of 2015.

The legislation, brought into effect three years ago today recognises victims who are subjected to repeated or continuous coercive or controlling behaviour by a family member or someone they are or have been in a relationship with andprovides greater safeguarding outcomes with offenders facing up to five years imprisonment.

Between 1 December 2017 and 30 November 2018, GMP dealt with 823 crimes where coercive and controlling behaviour was a factor – 70 (nine per cent) of these resulted in a criminal justice outcome such as a charge, caution or community resolution.

One in three women and one in six men will experience domestic abuse in their life time, however, that abuse is not always in the form of physical violence.  Victims of coercive and controlling behaviour can often appear confident, while in reality their partner can seek to isolate them from friends and family,control aspects of their everyday life and deprive them of their independence.

Detective Superintendent Denise Worth from Greater Manchester Police said: “The introduction of the Coercive and Controlling Behaviour Act has created more awareness around this lesser known side of domestic abuse and encouraged more victims to come forward, but we know we still have a long way to go.

“The pressures of the festive season often lead to an increase in domestic abuse incidents and many people will be suffering in silence as they attempt to get through the Christmas and New Year period.

“Trust your instincts, if something doesn’t feel right it might not be. If you feel that a family member, friend or colleagues is being controlled, or in a violent relationship, please report it. You could be saving a life.”

People in Greater Manchester are encouraged to get comfortable talking about domestic abuse in all its forms including coercion and control thanks to the ‘Sitting Right with You’ campaign. The initiative is designed to get people thinking differently about domestic abuse and encourages victims or concerned friends and family to take that first step towards help and support. For information and support visitwww.sittingrightwithyou.co.uk

Deputy Mayor of Greater Manchester Bev Hughes said: “Domestic abuse isn’t just physical violence. Controlling what someone wears, their money, where they go, who they talk to is just as damaging and is abuse.

“The introduction of the coercive and controlling behaviour act in 2015, together with the ongoing positive work across Greater Manchester to tackle domestic abuse is sending a strong and empowering message to those who are suffering in silence that they are not alone.

“As we get ready to begin a New Year, now is a good time for people to take a hard look at their relationship and make that first step to ask for help. Support is available and please remember we are sitting right with you, whether you want to involve the police or not.”

Anyone who feels that they are being abused by a partner, ex-partner or a family member can approach their GP or nurse for help.

17 year old motorcyclist has serious injuries after being hit by a car in...