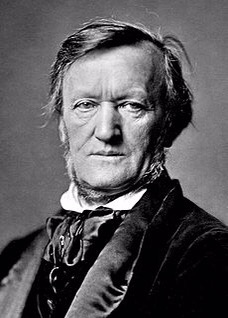 Salford’s good name was being defended by its Mayor Alderman Hulton in the council chamber after remarks by the deputy Lord Mayor of Manchester had made reference to the drunkeness figures in the city.

The borough, said the Mayor had been painted in a bad light after their Manchester neighbours had been quoting inaccurate figure when comparing drunkeness between the two cities.He did not desire he added to enter into a controversy with any other town but thought that it was his duty to correct the figures.

The figures related to the appearances in the court of female drunks in 1915 which said the Mayor that there were 1,842 in Manchester compared to 510 in Salford and while there were 236 cases of prostitution recorded that same year in Salford, Manchester had not published any figures for more than two years.

“It is a fair inference to say that Manchester cases were three or four times greater than in Salford and that three quarters of those convicted in Salford actually lived in the borough of Manchester” added the Mayor.

Manchester council were meanwhile debating the issue of uncertified teachers and the lower salaries that they were being paid after having been drafted in to replace teachers who had joined up.While they were providing a necessary services, their pay was inadequate to command a decent standard of living that their their care of our children should command.

It was said that a road sweeper currently earnt 20s a week plus a 2s war bonus while an uncertified teacher earnt between 17-27s if female and 21-35 if male.

A steamer with a cargo worth £40,000 had been blazing on the ship canal at Trafford docks for two days. Large crowds had gathered to watch the spectacle that had begun as the vessel was discharging 18,000 barrels of oil at the Anglo American Oil Company Wharf.

There was a big fire that week also at a Stockport Hat maker, the three storey building of T.Crocker Ltd was destroyed along with £20,000 of goods.

Forty four year old Fred Holmes was hanged at Strangeways jail to very little fanfare.Holmes had been found guilty of the murder of Sarah Woodhall in Chorlton on Medlock in the previous December found with her throat cut on the bed in the house that she shared with the accused.

There were complaints about the state of the city’s tram system during the morning commute.A Clayton correspondent described the service into the city as the worst in Manchester with cars crammed by the time they reached Edge Lane and a great number of children taking advantage of the half fares to the great disadvantage of adults trying to get into the city.

Three people were fined for pretend fortune telling in Longsight at the Spiritualist Hall on Stanley Grove.To laughter in the court, the prosecutor told how one of the accused Mrs Barnes sat on a chair while a hymn was sung and during this was supposed to have gone under the influence of the spirits while a collection was made around the audience.

The medium then pointed out women in the audience and pretended to forecast their future while claiming to see bright lights and strange odours.

In their defence they claimed that the experience was a bona fidie religious association which was believed by many intellectual people around the country.”If this prosecution succeeds every other similar organisation stands to be attacked.”

The judge disagree and the defendants were each fined £5.

The audience at the Free Trade Hall were entertained by an evening of Wagner from the Halle. “it proved,” said the Evening News “that at any rate in Manchester, there was no violent prejudice against the composer.”

The programme, it added, was perhaps the most comprehensive selection from Wagner’s works that had ever been performed by the Halle on any single evening.