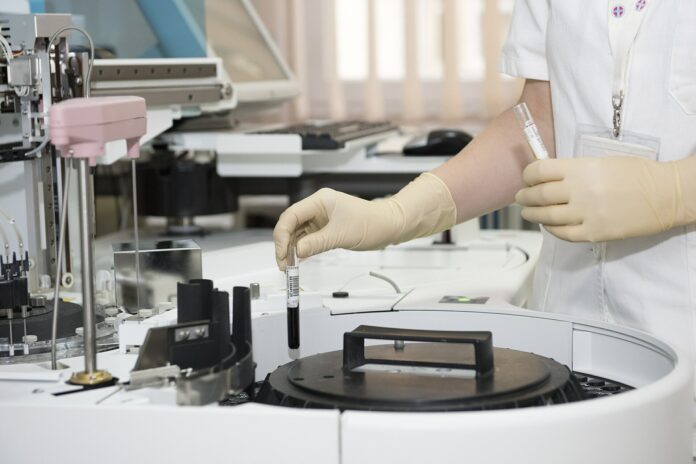 A new report out today calls for yearly increases in funding for the NHS, social care, and public health of at least 4% in real terms over the next decade.

The LSE-Lancet Commission on the future of the NHS warns that a failure to take action risks a continued deterioration in service provision, worsening health outcomes and inequalities, and an NHS that is poorly equipped to respond to future major threats to health.

The report also warns against any further major reorganisation of the NHS, which would be disruptive and fail to deliver the intended benefits. Instead, it argues for building on the common strengths of the NHS, with a focus on investment, integration of existing services, and disease prevention, to improve health and care and reduce widespread inequalities.

“Without concerted action and increased funding, we risk the UK falling further behind other high-income countries in health outcomes and life expectancy, continued deterioration in service provision, worsening inequalities, increased reliance on private funding, and an NHS that is poorly equipped to respond to future major threats to health”, warns co-research lead of the Commission Dr Michael Anderson from the London School of Economics and Political Science (LSE), UK. “The NHS is under our custodianship and we have a responsibility to current and future generations to secure its long-term survival.”

“For many decades the NHS was the envy of the world, and it remains one of the most comprehensive and equitable healthcare systems in the world. But for the NHS to be truly the envy of the world again, politicians will need to be honest with the public that this will require increased taxation to meet the funding levels of other comparable high-income countries”, says Commission co-chair Professor Elias Mossialos from LSE, UK.

“Given the major role of social circumstances in health inequalities, such as housing, employment, education and environment, it is crucial that this extra funding for the NHS and social care doesn’t come from cuts to other public services and welfare budgets.”

“The NHS has been a world leader for universal health coverage for over 70 years, providing care based on need, not ability to pay, for over 66 million people from cradle to grave”, says co-chair of the Commission Professor Alistair McGuire from LSE, UK.

“It was envisioned as one element of a comprehensive welfare system, but decades of costly reorganisations, years of austerity, extreme cuts in funding to social care, and an erosion of public health capacity have widened inequality and left the NHS under-resourced and ill-prepared for the COVID-19 pandemic.”

The COVID-19 response has shown many aspects of the health and care system at its best: health and care workers have responded with outstanding skill and dedication; the innovation in understanding treatments, vaccines, and mobilising the vaccination programme; the way hospitals worked together to expand critical care capacity; and the rapid expansion of remote consultations.

But the events of the past year have also exposed chronic weaknesses in the NHS, including poor coordination between sectors (eg, discharging people with undiagnosed COVID-19 from hospital to care homes), chronic underfunding, a fragmented public health service, and ongoing staffing shortfalls that pose a threat to the delivery and quality of care, particularly within primary care and mental health services. In England alone, there are approximately 200,000 staff vacancies combined across NHS and social care, with one in 12 posts in the NHS and one in 14 posts in social care unfilled.

“During the pandemic, the NHS has struggled in the face of poor decision making by government, including delayed implementation of social distancing measures, poor coordination with local authorities and public health teams, a dysfunctional track and trace system, and a lack of consultation with devolved nations”, says co-research lead Dr Emma Pitchforth from the University of Exeter, UK.

She continues: “Staff morale is at rock bottom because of real term pay cuts and the relentless workload, and the pandemic will leave a challenging legacy of additional mental health needs, a growing backlog of people waiting for elective care, and extra support needed for those living with the after-effects of COVID-19. The pandemic has also laid bare stark socioeconomic and racial inequalities in the UK, and the catastrophic consequences for health.”

Despite seven decades of universal free health care, improvements in life expectancy have slowed markedly in all four UK nations since 2010, and the health of the population is now lagging behind that of many of the EU15 and G7 countries .

There are also glaring health inequalities in the UK between the richest and poorest and between ethnic groups, particularly for preventable illness. Men in the least deprived areas of England can expect to live 18.6 years longer in good health than those in the most deprived areas, while for women the difference is 17.9 years .

The UK has done well at improving oral health and some chronic diseases like diabetes and kidney disease, compared with the EU15 and G7 countries. But it has not kept pace for many other health outcomes, such as deaths from cardiovascular disease, cancer survival, and infant mortality (table 1). The UK is also falling behind in terms of resources, with fewer nurses and doctors per person, and a lower number of hospital beds and medical equipment, than most EU15 and G7 countries .

The authors note that explanations for the UK’s worsening relative performance and widening health inequalities include the squeeze on public finances since 2010 that affected many areas of public policy, particularly cuts in social care services, and the relatively high level of income inequality in the UK compared with other G7 and EU15 countries . Also important is that treatment continues to be prioritised over prevention, with funding for public health continuing to fall relative to NHS funding.

Plans announced to mark centenary of The Battle of Manchester Hill

Manchester stands behind Christchurch after attacks