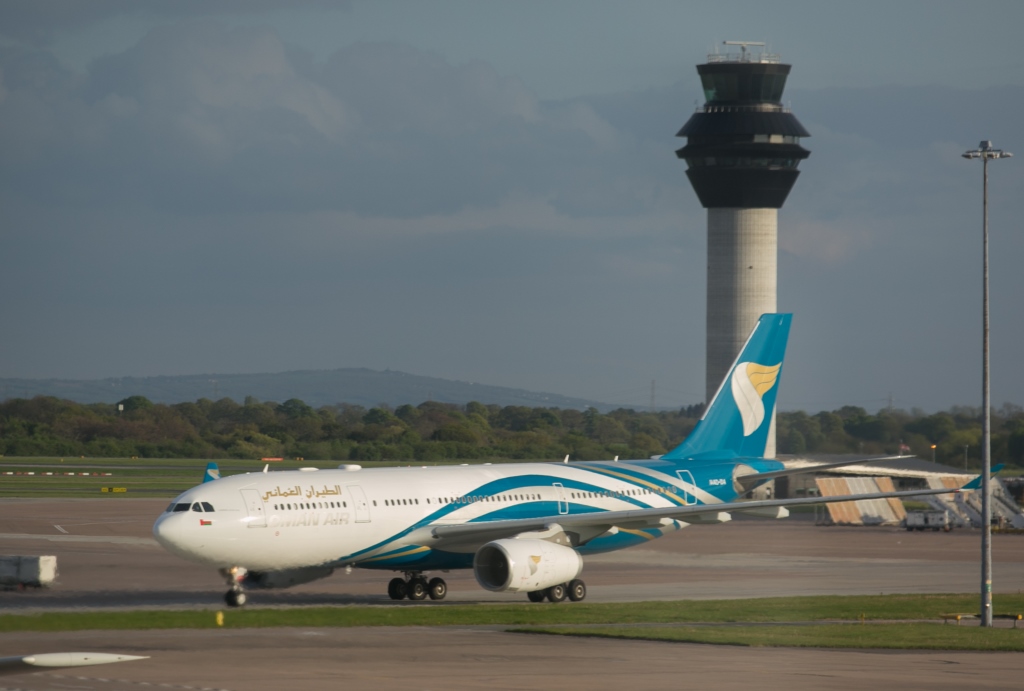 Oman Airways inew daily flight from Manchester to Muscat is now in service, signalling the latest move in the airline’s ambitious and dynamic programme of fleet and network expansion.

With prices starting at just £350 for a return flight to Muscat and with 27 long haul destinations within three hours’ connectivity time, the new service adds a significant range of options for travellers from Manchester Airport.

The inaugural flight arrived in Manchester at 19.05hrs on May 1st.

Chief Executive Officer Paul Gregorowitsch was on board together with a host of high ranking dignitaries and the Oman Air senior management team and media. All passengers were warmly greeted by officials from Manchester Airport and the Lord Mayor of Manchester.

The new daily service from Oman Air is operated by an A330-200 and is in addition to the double daily flight from London Heathrow, making Manchester the only airport outside of London to have direct flights to Oman. The service will cater to the 22 million people in the Manchester catchment area, who will be impressed by Oman Air’s fantastic on-board product and will take advantage of the direct route to Oman as well as extensive onward connections available from Muscat.

Paul Gregorowitsch, Chief Executive Officer, Oman Air said: “The addition of this flight to and from Manchester is a pivotal development and demonstrates our commitment to the UK market. Oman Air is the only carrier operating direct flights to the Sultanate outside of London, offering British and Omani travellers the convenience of flying direct between the north of England and Muscat.

“There is of course also the opportunity to connect with Oman Air’s global network, over 27 destinations have connectivity inside of three hours in both directions and our extremely keen pricing means that Oman Air offers a really attractive option for travellers from Manchester or those visiting from Oman.”

In the last few years, Oman has been generating a lot of noise in the tourism sector with a 17.7% increase in visitor numbers since 2014 to just under 5 million globally, with the UK & Ireland contributing 150,000 visitors in 2016. With considerable investment in new hotels, not to mention the conference, meetings, exhibitions and incentive market and the increasing airlift into Muscat from the UK, these figures are expect to continue to grow.

Collette Roche, Deputy CEO of Manchester Airport, said: “It is pleasing to see Oman Air commence daily direct flights to Muscat from Manchester. As well as connecting these two cities, the route opens up access to the airline’s incredible onward connectivity across Asia and beyond. The fact this route in the UK can only be found at Manchester outside of London clearly showcases the role we play as a gateway for the North. We look forward to working with Oman Air as they grow from Manchester.”