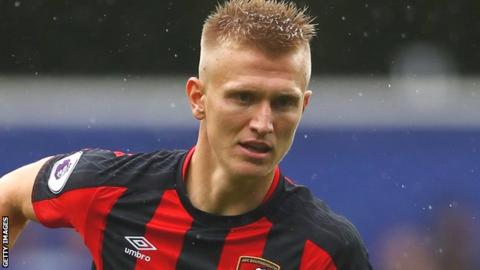 Oldham Athletic have confirmed the signing of striker Sam Surridge on loan from Premier League side AFC Bournemouth and 10 years since his first spell at Boundary Park,experienced striker Chris O’Grady.

The former 20 -year-old has signed a season-long loan from the Cherries while O’Grady has signed a one year contract.

Surridge is a striker with League Two experience, playing 53 times and scoring 10 times whilst on loan with Yeovil Town last season.

He also played a part in their FA Cup run which came to an end in the Fourth Round against Manchester United.

Joining AFC Bournemouth at 14-years-old, he was a prolific goalscorer throughout his youth career.

O’Grady meanwhile, brings with him a wealth of experience having playing at every level of the English Football League.

The striker started his career as a youngster at Leicester City where he impressed in their U18s and reserve teams, making his senior debut for the Foxes in 2003.

Since then he has enjoyed spells at several clubs including Rotherham United, Bury, Rochdale, Sheffield Wednesday, Barnsley and Brighton and Hove Albion.

He signed for Oldham Athletic in 2008, making 34 appearances for the club in all competitions.

Kevin De Bruyne Destined for 2018/19 Player of the Year Award?