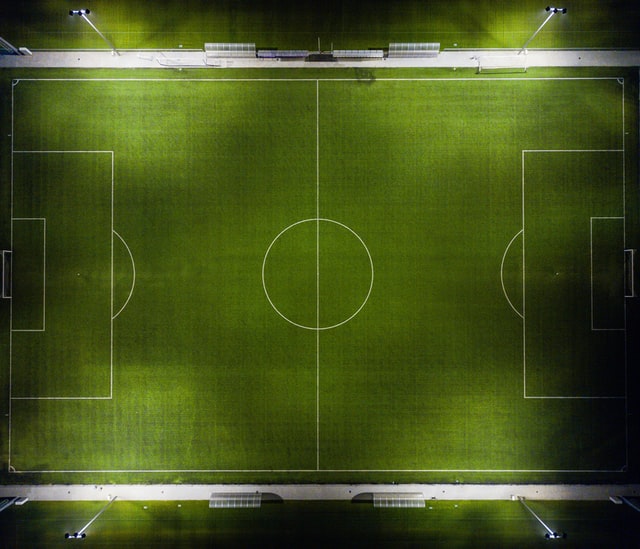 Given that Manchester United have American owners and American sponsors emblazoned across their famous red jersey, naturally, the ties between Old Trafford and the “Land of the Free” have never been stronger. However, there’s also a surprisingly strong list of former Red Devils who have spent time in the MLS.

He is undoubtedly the most famous English export to MLS. After being part of that magnificent Manchester United side that won the treble in 1999, then going on to become a “Galactico” with Real Madrid, David Beckham decided it was time to live the American Dream in 2007. He became a huge success with MLS outfit LA Galaxy, helping them to win the MLS Cup two seasons running in 2011 and 2012.

During his time with LA Galaxy, Beckham also made brief loan returns to Europe with AC Milan and Paris Saint-Germain, demonstrating that his advanced age was no barrier to performing at the highest level, especially when it came to his trademark free-kicks. Nevertheless, after finally hanging up his boots, the former Red Devil exercised his option to buy an MLS expansion team, and after plenty of hard work to get things up and running, Inter Miami CF made their competitive debut this season.

Orlando City were recently highlighted by WSN as one of the surprise packages at the MLS is Back tournament, via the match and team odds and predictions on their site . This is accompanied by all the latest previews, reviews, betting lines, and spreads. Indeed, their focus of particular attention was former Manchester United winger Luis Nani, who has been exceptional since making the switch to MLS, who was chosen as an MLS All Star in 2019 and continued to shine in 2020.

Nani has continued to dominate  and especially so at the aforementioned MLS is Back tournament. The 33-year-old was pivotal towards helping Orlando City top a very tough group that included Philadelphia Union, New York City FC, and Inter Miami CF. Beyond this tournament and having lost none of his pace or attacking abilities, Nani is making his team a genuine force to be reckoned with in the MLS.

No player has ever scored more goals for either Manchester United or the England national team, which makes Wayne Rooney an authentic football icon, even surpassing legendary Bobby Charlton, who previously held both records. After spending 13 fantastic seasons at Old Trafford, it could be said that has embarked upon a farewell tour, during the twilight of his illustrious career.

Rooney spent a season back at Goodison Park with Everton, where everything began, before opting for an American adventure with DC United in the MLS. Over the space of two seasons, he delighted fans with 23 goals and 15 assists in 48 regular-season appearances. Despite having two years left to run on his contract, he decided it was time for a return to England. Since joining Derby County in August 2019, 34-year-old Rooney remains a key player in the eyes of their manager, Phillip Cocu.

Interestingly, Luis Nani and Wayne Rooney featured in a reunion of sorts with two other Manchester United icons of recent years, Bastian Schweinsteiger and Zlatan Ibrahimovic. All four players appeared together during an MLS All-Stars encounter with Atletico Madrid in August 2019. Schweinsteiger spent three seasons with Chicago Fire after leaving Old Trafford, and he was joined in the MLS for three two campaigns by Ibrahimovic, who scored 53 goals in 58 appearances with LA Galaxy.

Think we’re done? Well, to round off our look at Red Devils who have appeared in the MLS, there are two more players worthy of mention.

Goalkeeper and USA international Tim Howard started in the MLS with MetroStars, and after 45 appearances for Manchester United then 354 with Everton, he departed the Premier League to retire at Colorado Rapids. Finally, Giuseppe Rossi was an academy product at Old Trafford and made just 5 appearances, before spending most of his career in Spain and Italy. Now 33, the former Italian international is playing for Real Salt Lake.

With the future still ahead of us, we can only imagine who will be next player to jump to the MLS when the time is right.