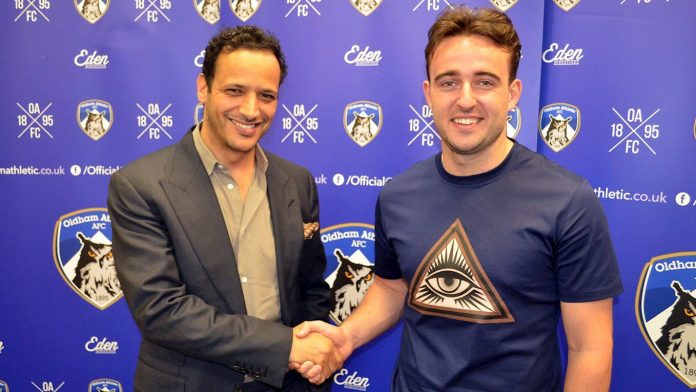 Oldham Athletic have agreed a deal with Jose Baxter for him to return to the football club.

The attacker will sign a one-year contract with an option of a further year.

A product of the Everton youth academy, Baxter first joined the club in September 2012 originally on a four-month contract.

The 26-year-old excelled and scored 10 goals before being rewarded with a new contract in January 2013.

He netted 15 times for Latics in 45 appearances during the 2012/13 season and was part of the side which beat Premier League side Liverpool in the FA Cup Fourth Round.

His good form for Latics led to interest from other clubs and Sheffield United secured his services for an undisclosed fee in August 2013.

He went on to score 28 goals in 121 appearances for the Blades before his release in 2016.Baxter will become the club’s first signing of the summer.