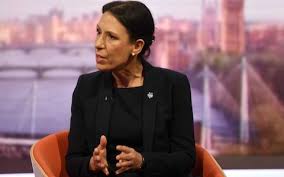 Labour’s shadow cabinet pokesperson for works and pensions and Oldham and Saddleworth MP Deborah Abrahams has been sacked from her role tonight after an investigation into workplace bullying, a party spokesman has said.

Anrahams was suspended from her role back in March when the allegations first surfaced when the party referred them to the disputes panel of the ruling National Executive Committee.

At the time, Abrahams said the investigation was “neither thorough, fair, nor independent” and threatened legal action against the party.

The allegations were based upon a HR investigation into allegations of bullying by an unspecified number of staff.

‘I will continue to represent the people of Oldham East and Saddleworth, and to hold this Government to account, from the back benches.’

Appeal for witnesses after women sexually assaulted in Cheadle