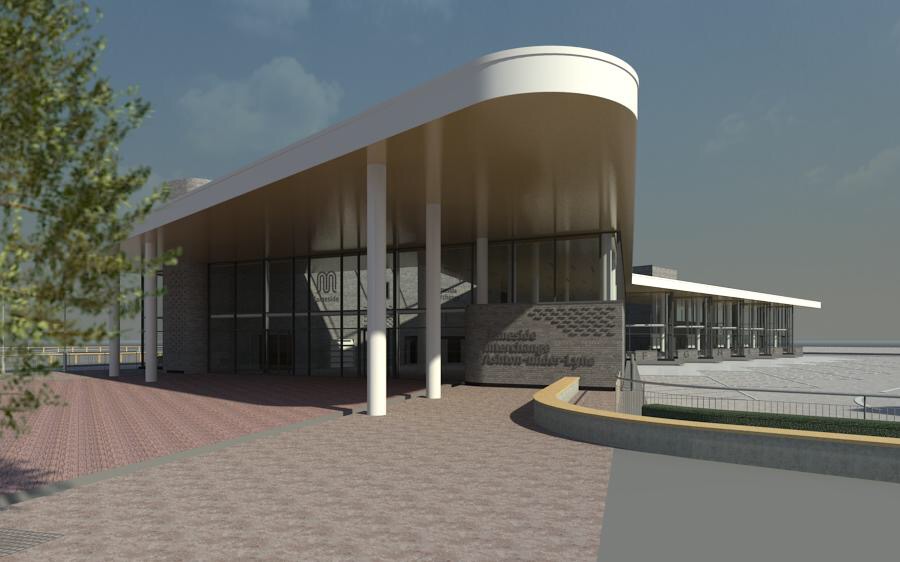 A major milestone has been reached in the delivery of a new state-of-the-art interchange for Tameside, after full planning permission was granted earlier this week.
The new facility will be built on the site of the current Ashton Bus Station, moving closer to the Metrolink terminus. This will make it easier for people to change between bus and Metrolink, as well as providing improved pedestrian routes from the interchange to the town centre and nearby shopping centres.
The approved plans include constructing an attractive single, covered concourse to replace the five ‘island platforms’, improving waiting areas, cycle parking and making access to travel information and tickets easier.
The plans will now enter the detailed design phase, in advance of construction work starting in winter 2016/17. The interchange is due to be open for use in late 2018.
Tameside Council Leader Kieran Quinn said: “I and other members of this council are delighted that £33m of external funding is being brought in, through the Tameside Interchange, to support our existing Vision Tameside redevelopment plans. Vision Tameside will bring once-in-a-generation change to Tameside and this next step in the process is an important one.
“I also need to say what a fantastic development the new Tameside Interchange will be. The plans point to a much more pleasant place to be than the current station which, compared to the existing facility, will be much lighter and much more welcoming.
“The covered walkway between the bus terminal and Metrolink stop, which was extended in response to feedback, will ensure that public transport users can stay dry whilst moving between different modes of transport. The project will also free up a good sized plot of land in our town centre for redevelopment.”