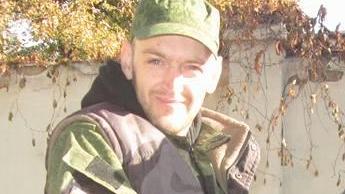 Benjamin Stimson who travelled from Oldham to join anti government fighters in Ukraine jailed for 5 years and 4 months.

The forty one year old was found guilty  two charges under Section 5 of the Terrorism Act of 2006,engaging in conduct in preparation of terrorist acts and with assisting others in committing terrorist acts.

Stimson was interviewed by the BBC while he was with the Donbass militia in eastern Ukraine in October 2015, and was filmed saying he would be prepared to kill if his life was threatened, and he would see it as an act of war.He later said that journalists had told him to handle a gun and that he had gone to the country to drive ambulances and was trying to get away from the militia.

He was arrested when he flew back to Manchester.

Detective Chief Superintendent Russ Jackson, Head of the North West Counter Terrorism Unit said: “Stimson went over to the Ukraine with the intention of joining militia groups fighting against the Ukrainian government and the images of him holding a rifle and wearing military clothing are deeply concerning.

“This case demonstrates the complex work the Counter Terrorism Unit does to stop those who commit acts of terrorism, whether that is at home or abroad.
He has been jailed for the role he played in a violent conflict and I hope his conviction will send a message to all those who are even considering joining conflicts.”

Greater Manchester Police are asking people to surrender their firearms over a two-week long...