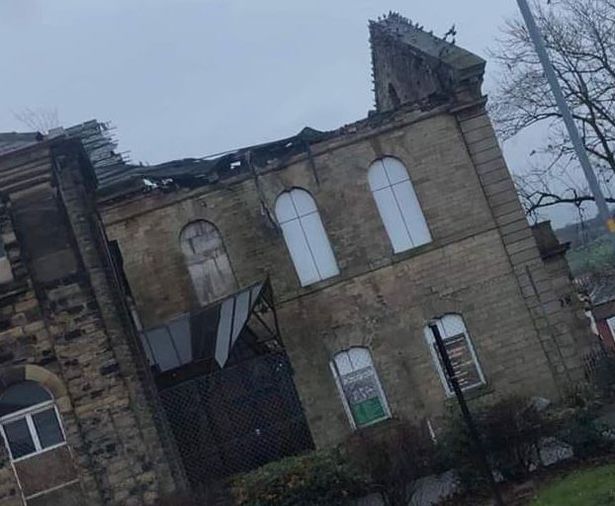 Two years on from its partial collapse, and after £300,000 spent making the site safe, the pile of rubble that was the historic St Paul’s Church at the corner of Rochdale Road and Crompton Way remains a blot on Shaw’s landscape, and Shaw Liberal Democrat Councillors think action by Oldham Council is long overdue.

Councillor Howard Sykes MBE has written on behalf of all three Shaw Liberal Democrat Councillors to the Leader of the Council asking for urgent Council action and funding to address the ‘travesty’ of St Pauls, reminding the Leader of his promise to the people of Oldham that the Creating a Better Place funding was to be used to make improvements across the whole of the borough, and that includes Shaw.

Councillor Sykes said: “With Council intervention, this site could be redeveloped as town centre housing.  The existing main building could be repurposed as flats and the collapsed part as green space.  The site lies within a few minutes’ walk of Shaw town centre and the Shaw and Crompton Metrolink Station.  It is also a brownfield site and developing homes here will mean saving some of our irreplaceable Green Belt elsewhere from housing development.”

Since the collapse in February 2019, the Methodist Organisation who own it have attempted to sell it, but because of its listed status and planning requirements, the site is unlikely to be financially viable for any private developer.

Councillor Sykes added:  “If this building collapse had taken place in Oldham Town Centre, I would have expected that the site would be rebuilt or regenerated by now, but because it’s in Shaw, it appears that yet again it has been overlooked. I am hopeful that Councillor Fielding takes my letter, and the people of Shaw seriously, and deals with this eyesore for everyone’s benefit.  Shaw’s Liberal Democrat Councillors stand ready to support the Council to make that happen.”

“My message to those offenders is a simple one, if you think you have...