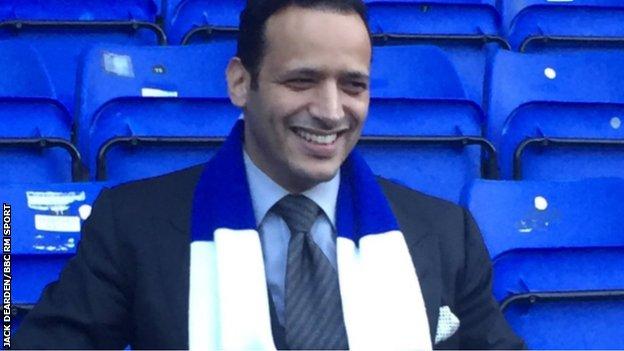 Oldham Athletic’s owner has announced that he is putting the club up for sale.

Abdallah Lemsagam took over the club in 2018 but this season has seen club drift to the bottom of the League Two table and is generally quite an unpopular figure among the fans.
The club recently banned three supporters because they “displayed a desire to promote” their “dislike of Oldham Athletic.”
In a statement released by the club he said that:
“I can see that my ownership has caused unrest within the club and the fans. I want the best for the club and I think the best for the club is that it is now passed on to new owners,
He added

Since I purchased the club four years ago I have invested money and time trying to clean the club of all of its historic issues. There were very many. Although that work goes on behind the scenes, it is now almost complete with only the North Stand issue to resolve. I have invested in the litigation process and that may need a court to rule on it to get justice for the club and recover what rightfully belongs to it.

On the playing side, things have not gone how I wanted in the last four years, to say the least. I made mistakes and I won’t make excuses – we are where we are.In the short term, I am now focused on improving the squad to fight the relegation battle we are now in.

Football league Round up