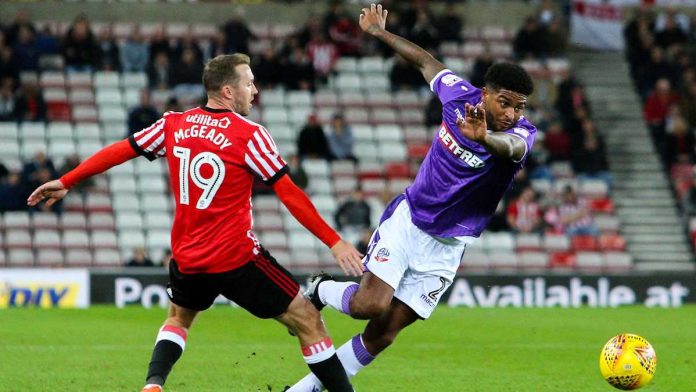 Bolton Wanderers managed to extend their unbeaten run to four games following a pulsating 3-3 draw against Sunderland at the Stadium of Light on Tuesday evening.

Goals from Sammy Ameobi, Gary Madine and Karl Henry almost gave Wanderers the three points on Wearside, but for Patrick McNair’s late strike ensuring the spoils were shared, although the point was not enough to save the job of Sunderland manager Simon Grayson.

“We’re disappointed not to get all three points after scoring three goals away from home.

I thought first-half we were excellent and deservedly went ahead. The goal before half-time has sent us into the dressing room flat just before the break and you can tell it really lifted them.

They probably started the second period better than us, but we showed some great character to get ourselves back into it and go 3-2 up. To then concede and only get a point is really frustrating for us but I felt we looked a threat going forward all night, all our attacking players are playing with confidence and that’s great to see.”