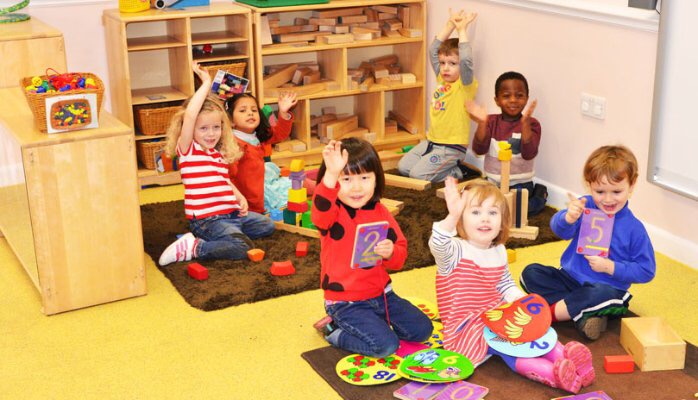 The two Greater Manchester local authorities have been named in a report as among the worst in the country for private nursery schools without a qualified teacher.

73% of children in Rochdale in independent nurseries do not have access to a qualified nursery teacher and in Oldham it is 64%, according to a report by Save the Children, while across the North West, 45% of children are in independent nurseries without a qualified teacher. The  Borough of Trafford on the other hand  finds itself in the top twenty local authorities for access.

The new report highlights a shortage of 10,000 trained nursery teachers up and down the country, leading to calls for the government to invest urgently in the sector. The charity warns that more than a quarter of a million children are at greater risk of falling behind by the time they reach school – and staying behind throughout their lives – because of England’s chronic shortage of nursery teachers. While all nurseries have staff who are trained to care for children, not all have a qualified early years teachers among their staff.

Research commissioned by the charity found that children in independent nurseries without an early years teacher are almost 10% less likely to meet the expected levels of development when they start school compared to children who do have a teacher, leaving them struggling with basic skills like speaking full sentences, using tenses, and following simple instructions. Children who start behind are also more likely to stay behind throughout their school years and beyond into their work lives.

Yet worryingly, the number of people applying for the teaching roles has dropped dramatically to 860 last year from more than 2,300 the year before – well below the number needed to fill the gaps. A shrinking number of available positions, poor salaries, and a lack of promotion opportunities is driving this chronic shortage as nurseries around the country struggle to cope with funding pressures and afford the costs of training and recruitment.

Early language skills are the fundamental building blocks for a child’s development, confidence and ability to learn. Previous research from the charity shows that children already behind at the age of five are four times more likely to fall below expected standards of reading by the end of primary school than those who started school on track, and are more likely to struggle to succeed in the world of work. It can also have a significant impact on their confidence, social skills, relationships, and behaviour.

In order to meet its ambitions to radically boost the chances of children who are struggling, Save the Children, along with leading child development experts, is calling on the government to reverse the trend urgently by investing in a qualified early years teacher in every independent nursery across the country, starting in the 20% most deprived areas of the country, including Blackpool, Oldham, Birmingham, and Barking.