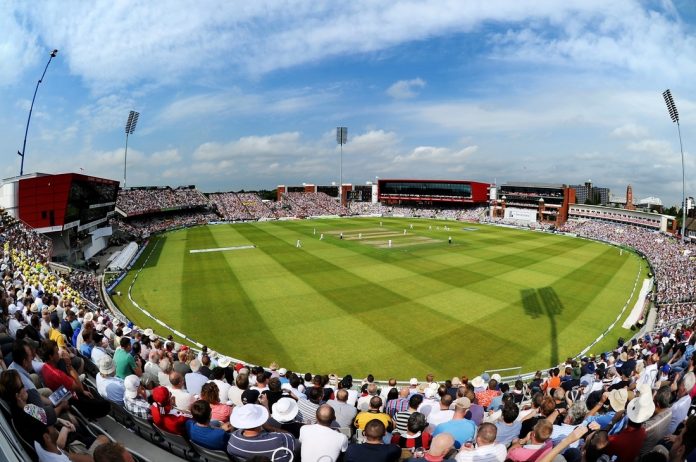 England and Wales Cricket Board (ECB) has awarded Emirates Old Trafford a prestigious package of international fixtures, including an Ashes Test in 2023, as well as being selected as one of the host venues for the eight team New T20 Competition that starts in 2020.

The ECB has confirmed that Emirates Old Trafford will play host to an Ashes Test in 2023, three further Test Matches, five IT20s and one One-Day International and between the years 2020-24.

Old Trafford has been named as one of the eight host venues for the new city T20 competition, which will rival the likes of the Indian Premier League and Australian Big Bash and will start in the summer of 2020.

The competition will see the return of live English cricket to free-to-air television for the first time since the 2005 Ashes and will see domestic cricket return to the BBC including substantial radio and digital rights.

David Hodgkiss OBE, Chairman of Lancashire Cricket Club, said, “We are absolutely delighted to have been awarded this comprehensive package of international matches from 2020-2024 which includes an Ashes Test and a further 56 days of top level cricket, plus being named as a host for the new T20 city competition. It truly shows how Emirates Old Trafford has become one of the leading venues in world cricket.

“As a Club, we are determined to grow the game of cricket across all communities in the county of Lancashire and the North West as a whole, with families and supporters able to watch, at affordable prices, some of the best cricket and greatest players in Manchester over the coming years.

the Mayor of Greater Manchester, Andy Burnham, who has continually supported Lancashire Cricket’s bid, commented, “It is brilliant news for Manchester that Emirates Old Trafford has been awarded such a high-profile array of international fixtures up until 2024.

“I grew up watching Lancashire in the County Championship and Sunday League and I still hold a very strong affinity to the Club to this day.

“Emirates Old Trafford is the epicentre of cricket in the north of the England and as the Mayor of Manchester, I am very keen to help develop the game in the North West and continue to inspire the next generation of players and fans.

“The economic and social impact from these major match days will be vital to the city of Manchester and the wider region in terms of how many people it will bring to the city, job creation and the indirect spend from those visitors.

“Manchester is a sporting city and Emirates Old Trafford has become a vital part of that. Everything that the Club is trying to do fits perfectly with the vision of Greater Manchester going forward.”

Keaton Jennings gets England call up