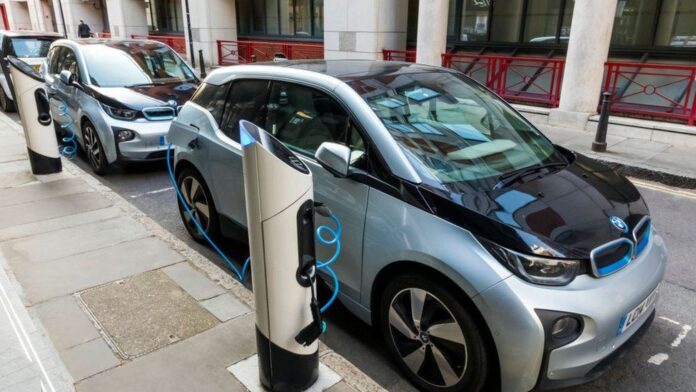 The number of electric vehicle (EV) charging points which have been added to the network in Greater Manchester has increased by 612% since 2019, Electricity North West has revealed.

The network operator’s investment to support this has soared by almost 4,500% during this time – with more planned in the coming years as it helps lead the north west to Net Zero carbon.

The new findings have been revealed during Net Zero Week (17th – 23rd July), which aims to provide expert advice on how people and businesses can support efforts to tackle climate change.

One of the ways that many people are trying to cut their own carbon footprints is by switching to electric cars.

As the company responsible for maintaining the region’s power network, it is Electricity North West’s job to connect new charging points to the network.

These numbers don’t include standard home EV chargers which can be installed by an electrician and can run off of the home mains supply.

As part of its response to coronavirus and the opportunity it has created to drive a green recovery, Electricity North West has now proposed creating a £1 million fund to support more EV charging hubs along major A-roads across the region.

It is also planning to reinforce the network in North Carlisle, Cumbria, Forton in Lancashire and Heywood, near Oldham, to pave the way for more EV charging points at Todhills, Lancaster and Birch motorway service stations respectively.

It predicts the North West could have could have up to a million electric cars on its roads by the end of the decade.

As a result of this, and the shift to other more sustainable technologies, demand for power is expected to increase by a quarter by 2030.

Steve Cox, engineering and technical director at Electricity North West, said, “The jump in EV chargers being connected to the network is a significant sign that we are all starting to make the transition to a cleaner, greener future.

As the network operator, it’s our job to make sure that everyone living and working in the North West can continue to depend on the network, just as they do now, even with all these rapid changes.

This will perhaps be the most visible shift in the way we use energy but it will be just one of a number of huge transitions that we will all be making as part of the shift to Net Zero – and we’re determined to not only be ready for them all, but to lead the region through those changes with our expert advice and support.”

Electricity North West recently published its plans to invest more than £2bn in the region’s electricity network between 2023 and 2028 as it builds capacity for the huge rise in technologies to get us to Net Zero, including electric vehicles and ground source heat pumps.