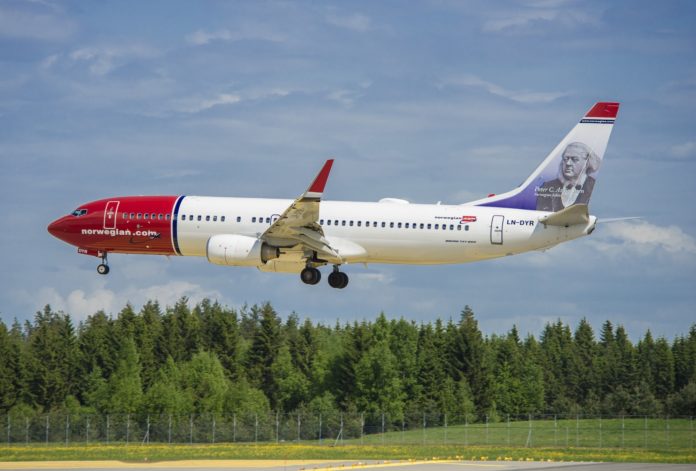 Norwegian is expanding its Scandinavian network at Manchester Airport with the addition of a new non-stop service to Bergen. Passengers in Manchester and the North West will now be able to explore the Norwegian city of Bergen for less this winter with fares from £43.90 one way.

The new route will commence on the 28th October 2019 for the winter season with two weekly flights on a Monday and Friday, offering consumers more choice when travelling with Norwegian to Scandinavia.

As the Gateway to the Fjords of Norway, a UNESCO World Heritage City and a European City of Culture, the Bergen region combines nature, culture and urban life all in one place. Visitors can enjoy a trip to take in the spectacular landscape views of the fjords, before enjoying the history and culture of Bergen.

Magnus Maursund, SVP commercial Short Haul at Norwegian said: “Norwegian’s new flight to Bergen from Manchester will allow passengers in the North West to take advantage of our affordable fares all while enjoying our award-winning complimentary Wi-Fi and modern comfortable cabin on new state-of the-art aircraft.”

Julian Carr, Aviation Director at Manchester Airport, said: “It’s great to see Norwegian increase its destination choice from Manchester Airport to include Bergen. I am sure this route will prove incredibly popular with the 22 million passengers in our vast catchment area by giving more accessibility to this Scandinavian city.”

Norwegian began operating from Manchester Airport in 2011 and all flights are served by new 186 seat Boeing 737-800 aircraft, offering all passengers free onboard Wi-Fi and live TV.

Norwegian carries more than 5.8 million UK passengers each year to over 50 global destinations. The airline was ranked the most fuel-efficient airline on transatlantic routes by The International Council on Clean Transportation (ICCT) and has one of the youngest aircraft fleets in the world with an average age of 3.8 years.