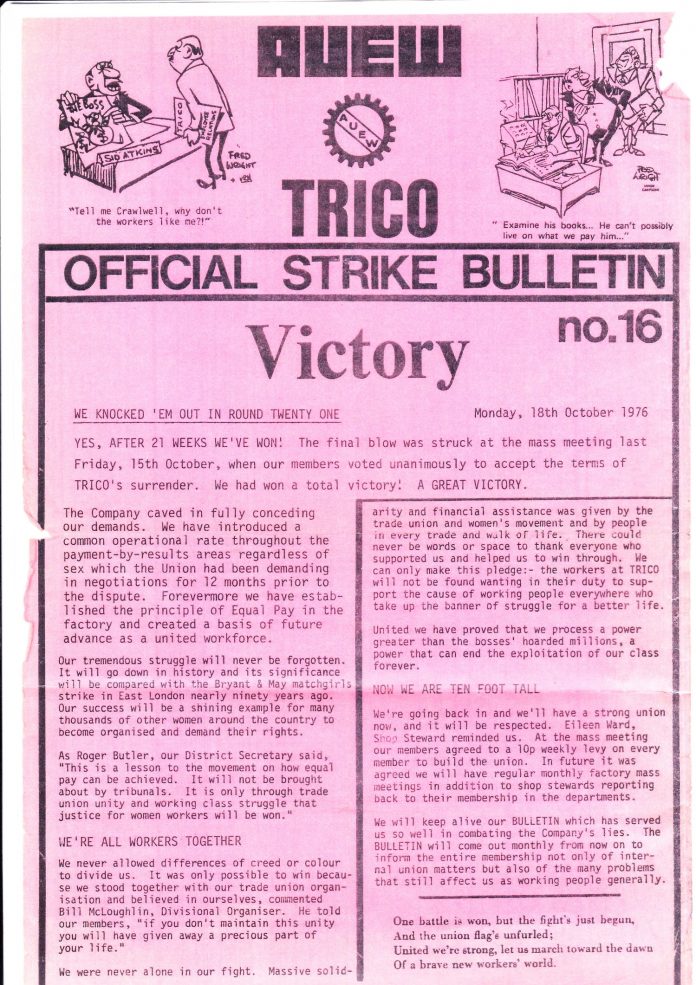 There will be rare opportunity to see political drama from the 1970s onwards at the northern launch of Workers’ Play Time, a collection of political plays written over the past 40 years, published by New Internationalist in association with the  General Federation of Trade Unions.

The launch has been organised by the Mary Quaile Club and will take place on Saturday 19th May, 6pm, at Three Minute Theatre on Oldham Street, Manchester.

As part of the launch there will be performed readings of excerpts from a number of the plays collected in the book, including Out on the Costa del Trico, a play created by the Women’s Theatre Group in 1977 about the successful 21 week strike over equal pay at the Trico factory in West London  in the long hot  summer of 1976. The readings have been organised by John Topliff, co-founder with his partner Gina Frost of Three Minute Theatre.

Speaking at the event will be Doug Nicholls, General Secretary of the GFTU, and Sally Groves, who was a shop steward at Trico in 1976 and is writing a book about the strike to be published later this year: Trico: a Victory to Remember.

Mary Quaile Club co-founder Bernadette Hyland said, “We are delighted to be working with the GFTU and Three Minute Theatre to present this evening of political drama . These plays show that the issues of equal pay and union organisation are as relevant today as they were 40 years ago.”

Can you Survive the Nightmare?