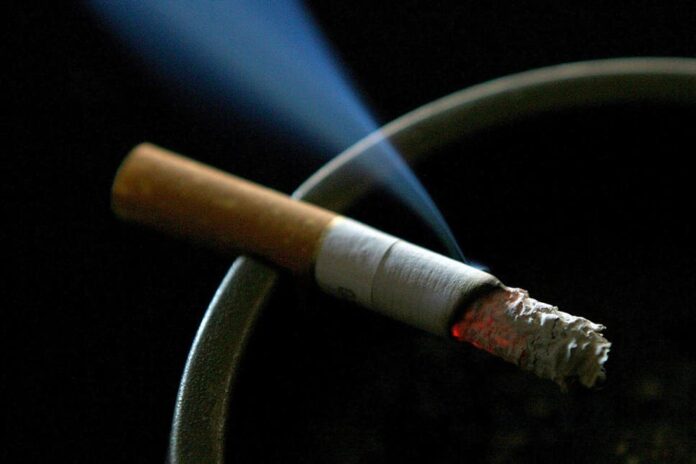 More than three quarters  of people in the North West back the Government’s ambition to make smoking history by 2030.

The level of public support is revealed today , as the All Party Parliamentary Group on Smoking and Health  warns the Government that it can only build back better and fairer from the pandemic by making smoking obsolete.

Now, say the cross-party group of MPs and peers, is the time for Government to commit to the actions needed to secure its vision of a Smokefree 2030.

They note that, as the Chief Medical Officer, Professor Chris Whitty, pointed out recently, this is an industry that kills people for profit, and more people are likely to have died last year and this year from smoking than COVID-19.

Smoking kills around 18,600 people a year in the North West with 14.5% of people in the region still lighting up, around 830,000 smokers. Smoking not only kills people prematurely, it also drives them into poverty and reduces healthy life expectancy, with smokers needing help with everyday tasks 7 years earlier than those who’ve never smoked.

But this burden is not equal. Smoking is concentrated among disadvantaged groups locking in poverty and poor health across the generations.

The All Party Group report, published today,urges the Government to use the opportunity provided by Brexit to step up and take its place on the world stage as a global leader in tobacco control.

The report’s recommendations include ther funding of  tobacco control programmes to be secured through a ‘polluter pays’ amendment to the Health and Social Care Bill, forcing manufacturers to pay to deliver the end of smoking.

Targeted investment to provide additional support to help smokers quit in regions and communities where smoking does most damage. This includes those in routine and manual jobs and the unemployed; living in social housing; with a mental health condition; and pregnant smokers and tougher tobacco regulations to protect children and young people from becoming smokers and help smokers quit, such as putting health warnings on cigarettes and raising the age of sale to 21.

“Our report sets out measures which will put us on track to achieve the Government’s ambition to end smoking by 2030, but they can’t be delivered without funding. Tobacco manufacturers make extreme profits selling highly addictive, lethal products, while government coffers are bare because of COVID-19. The manufacturers have the money, they should be made to pay to end the epidemic.”

“Our ambition is to make smoking history in Greater Manchester, leading the way for the rest of the country to become smoke free by 2030.

“By highlighting the financial and social issues which affect the health and wellbeing of our residents and communities linked to smoking, we can really begin to address the problems and build on the things we’re doing well.

“This new report demonstrates why our mission to make tobacco obsolete is so important and so challenging. But it also gives renewed hope that we can achieve it.”

“We all applauded when the Government announced its ambition for a Smokefree 2030. But that was two years ago, the time has now come to deliver.”

“The members of our academic consortium, SPECTRUM, are delighted that our research has helped provide the evidence base for the APPG’s recommendations to government for the next Tobacco Control Plan for England. Using research to prevent and address the harm caused by unhealthy commodities like tobacco by identifying and evaluating solutions, is our core mission.”

There is widespread support for specific policy interventions too. 78% support making tobacco manufacturers pay a levy to Government for measures to help smokers quit and prevent young people from taking up smoking (6% oppose). While 64% of people in the North West support increasing the age of sale from 18 to 21 (15% oppose)

Nationally these measures are supported by voters for all parties. More than three quarters of those surveyed who voted Conservative (76%), Labour (82%) or Liberal Democrat (87%) in the 2019 election support the idea of a levy on tobacco manufacturers. Strongest support for raising the age of sale to 21 comes from those who voted Conservative in 2019, two thirds (66%) of whom support raising the age of sale to 21 compared with 63% of Labour voters and 64% of Liberal Democrat voters.