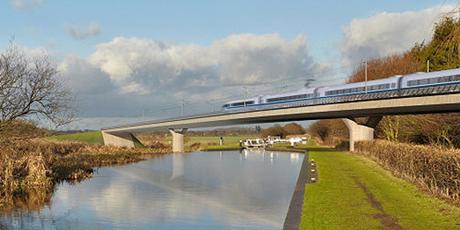 MP’s on the Public Accounts Committee are now “increasingly alarmed” about key elements of the programme, particularly the lack of progress at Euston Station, which have the potential to lead to yet more costs, delays and uncertainty over the promised benefits of the programme.

The current estimated cost of completing High Speed 2 is between £72-98 billion (2019 prices), compared to an original budget of £55.7 billion in 2015 (2015 prices). Civil construction of Phase One is now planned to finish in 2025, with initial Phase One services (Old Oak Common to Birmingham Curzon Street) starting between 2029 and 2033.

Euston station is a key part of Phase One, but despite the necessary planning consents being in place since last year, according to HS2 Ltd, the DFT is yet to make key decisions on the design and approach to construction there. HS2 Ltd told the Committee it is “getting close to the point where the programme will literally run out of time” if this next decision is not made soon.

Government also still needs to decide how Phase 2b – the northern sections of the route – will integrate with other parts of the railway and transport system.

The increases in costs have dented public confidence, and the volume of complaints about disruption and environmental damage from construction is rising and expected to increase further. The Committee says HS2 Ltd has an “opportunity to get on the front foot and engage with communities earlier and more successfully than it has done so far” – but DfT and HS2 Ltd have been unable to tell the Committee how they will ensure delivery of the range of benefits Government has promised to the people, communities and businesses along the route, including the creation of local jobs.

“HS2 is already one of the single most-expensive taxpayer-funded programmes in the UK but there’s actually no clear end in sight in terms of the final cost, or even the final route. The project was plagued by a lack of planning and transparency from the start and there are many difficulties ahead.

This project cannot simply keep sinking more taxpayer funds without greater clarity on the later phases. The development of Euston is a real challenge that must be resolved swiftly now.”

General anaesthesia should be more widely available for patients at the end of their...