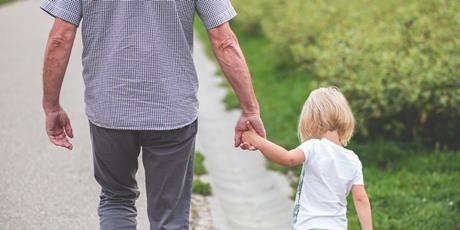 A lack of clear leadership and focus has hindered efforts to reduce the number of children growing up in poverty in the UK and the Government must now commit to a cross-departmental strategy given the scale of the challenge, MPs say today

The Work and Pensions Committee’s first report as part of its wide-ranging inquiry into children in poverty underscores the impact of poverty in childhood for children’s lived experiences now and for outcomes later in life, including in health and education.

The Government it says should end focus on absolute poverty and look at broader measures.In addition to adopting a strategy with clear and measurable objectives, the report calls for the Government to end its focus on absolute poverty, and instead reaffirm its commitment to tracking four income-based indicators, which also include relative poverty and broader material deprivation measures.

“Children growing up in the UK are far more likely to be living in poverty than adults. The coronavirus pandemic has only made matters worse for families who were already struggling to get by. If a generation of young people facing poorer educational outcomes and chronic health problems are to be lifted out of poverty, there needs to be clear leadership and a strategy driven from the top to ensure that every part of Government is focused on tackling the problems that they face.

Ministers told us that they are focused on the absolute measure of poverty. But anyone who uses only one measure of poverty is missing out on the important information provided by the whole range of measures that DWP itself produces. We were concerned by the narrowness of their focus.

The Government’s published statistics on families in low income are so slow to produce that they still don’t cover the pandemic—even though HMRC and DWP hold a vast trove of real time information about people’s incomes. The Government needs to make much greater use of the information it already has to publish a dashboard of child income-related poverty indicators that’s closer to real time.

At the moment, the Government has no strategy and no measurable objectives against which it can be held to account. How can it hope to reduce child poverty when it doesn’t have a plan?”