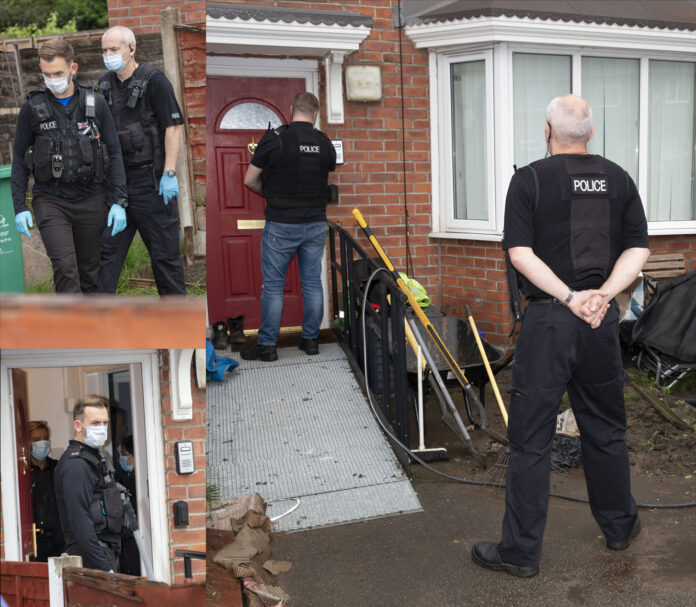 Seven weeks of targeted activity has resulted in the seizure of 98 illegal weapons and nine arrests being made by Greater Manchester Police. Of those nine; eight have received criminal justice outcomes and one is still under investigation.

The activity took place between Monday 11 May and Tuesday 30 June, where a total of 16 warrants were executed at residential addresses across South Manchester, as part of an intelligence-led operation to tackle knife crime.

During this period, officers from the City of Manchester division seized 35 knives, 10 batons, 6 stun guns, 5 crossbows, 4 axes, 2 swords and other weapons. Alongside the weapons, officers also recovered quantities of Class A drugs – including Cocaine and Heroin – as well as Cannabis and cash.

The activity was led by officers from the Problem Solving Team and four local policing teams and resulted in nine people being arrested with eight receiving criminal justice outcomes. Those that were cautioned were not in possession of their illegal weapons which they had ordered as they had already been intercepted through Operation Concept.

The warrants were part of Op Concept, where Greater Manchester Police works in partnership with the Royal Mail and Border Force. This operation aims to tackle the importation of illegal blades by intercepting them before they reach the streets of Greater Manchester. Op Concept was a key component of the targeted activity and forms part of the overall response to tackling serious violent crime under Operation Sycamore and the Greater Manchester Violence Reduction Unit.

Since the launch of Op Concept in November 2019, thousands of cheap knives bought online from China and heading for the North West, including Greater Manchester, have been intercepted.

Superintendent Richard Timson from GMP’s City of Manchester District said: “‘The operation has been an immense success, and a concerted effort by all those involved in detecting and removing offensive weapons and imitation firearms off the streets of South Manchester.

“As a policing district we will continue the proactive and targeted work to tackle knife and violent crime, as well continue our efforts working with our partners and communities to prevent individuals from possessing and using such dangerous weapons.

“When planning the warrants we always ask the question why someone wants to buy a knife or other illegal weapon, before deciding on the appropriate action to take. Often, when we visit people at their homes, we are told that they didn’t know it was a criminal offence simply because it can be easy to obtain them.

“Thanks to this intelligence-led, co-ordinated operation, none of weapons seized will ever be seen on the streets of South Manchester, which was the intention of the activity. If these items had been taken out onto the streets they could have caused serious harm.

“As part of the activity, we sought to educate buyers of illegal weapons by explaining that when purchasing these prohibited items, you are committing an offence and could face prosecution.

“Finally, I would like to take the opportunity to remind the public that our Forever Amnesty bins remain in place across all divisions. These amnesty bins allow people to dispose of knives in a completely safe and anonymous way. I would encourage anyone in possession of illegal and harmful weapons to utilise the Forever Amnesty, as carrying a knife or weapon can often have catastrophic affects and life-changing consequences.

There are 12 amnesty bins located across Greater Manchester where you can anonymously drop off your knife. The bins are in place throughout the year and knives can be deposited at a convenient time for you. For more information please visit www.gmp.police.uk