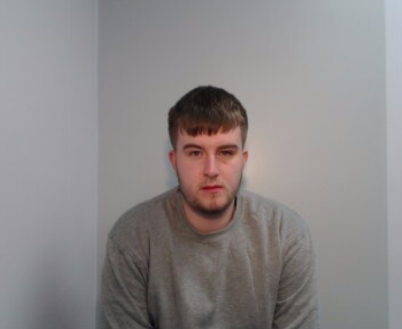 AWythenshawe man has been sentenced to eight years in prison after admitting a raft of offences, including thefts, burglaries, and robberies.

The offences occurred between March 2019 and October 2020 and saw Wellings targeted by GMP Trafford’s operation to tackle the robbery of high-value Rolex watches in the district – codenamed Elista.

Wellings’ offending saw him and two associates rob a Rolex from a man in his 60s by dragging him to the floor after following him home from a local supermarket in Hale in July 2019.

He was caught following robbery in Altrincham on the morning of Thursday 8 October 2020 when Wellings and a fellow assailant – wearing balaclavas – went into the back garden of a property and grabbed a female occupant before going inside the address and stealing a watch worth around £8000.

They made off in a stolen BMW and after reports were given to police by the victims and witnesses outside, officers later located the car and arrested Wellings on Hollins Walk.

The BMW was linked to a car theft in the Bramhall area of Stockport two days earlier, and detectives involved other stolen items in Wellings home address which he was later convicted of taking.

Despite giving ‘no comment’ interviews, the overwhelming CCTV and forensic evidence, as well as accounts from witnesses and victims, saw Wellings admit ten offences before he was jailed earlier today.

The conviction is the third as part of Operation Elista and officers continue to tackle robberies in the Trafford area.

A further three arrests have been made as enquiries continue and incidents have noticeably decreased in recent months with police committed to maintaining the downward trend.

“The spree of offending that he embarked on has been part of an issue that had been – and continues to be – of great concern to local residents and I hope that today’s verdict demonstrates our commitment to bring such culprits to justice.

“Some of the ordeals that the victims went through during the incidents are appalling and have understandably had a lasting psychological impact on them, but I hope that they can begin to properly move on from their experiences now that Wellings is being bars.”

Do you recognise these men?