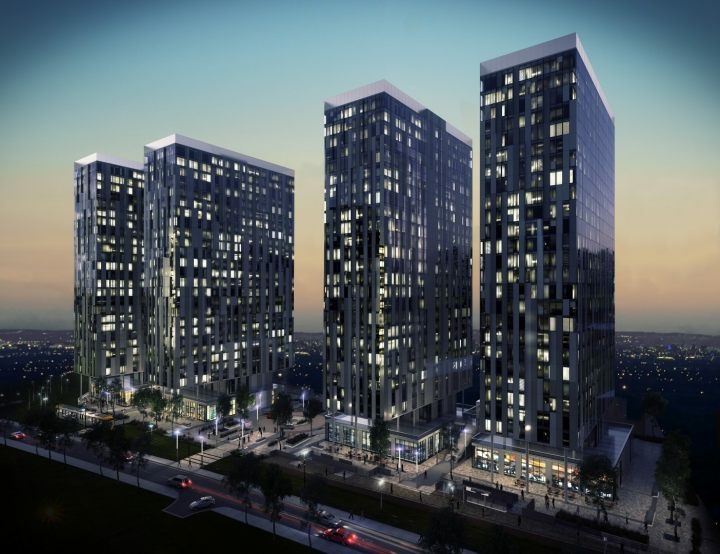 A new £200million development of 1036 luxury flats located in the heart of phase two of MediaCity has been granted planning permission by Salford Council.

The development comprising four towers and located on the land by Harbour City Metro stop will transform Salford Quays skyline.

The flats, named X1 Media City, will of a mix of studios, one, two and three bed apartments. The first and second floor space will be available for commercial and retail units, in addition to a private gym and construction may start from as early as February 2015.

Prospective purchasers are promised that the apartments will be finished to a luxurious standard typically associated with boutique hotels and with breath-taking city-wide views, are simply unparalleled in the North West.

The scheme is being run by Knight Knox International, who have already been involved in the area.

“The launch of X1 MEDIA CITY is something we have been planning for many months”, says Jones. “Investor appetite has grown in line with confidence in the UK buy-to-let market, and we have seen heightened interest in the local market over the past 18 months. Since launching our first joint venture with X1 Developments back in 2012, we have sold out eight sites and demand for X1 projects is extremely high, mainly due to the quality of the build and the professionalism of the lettings and management team. X1 MEDIA CITY is certain to become an iconic development for Salford Quays and will rival anything located in the city centre”.

Plans submitted to begin the rebuilding of Wythenshawe Hall