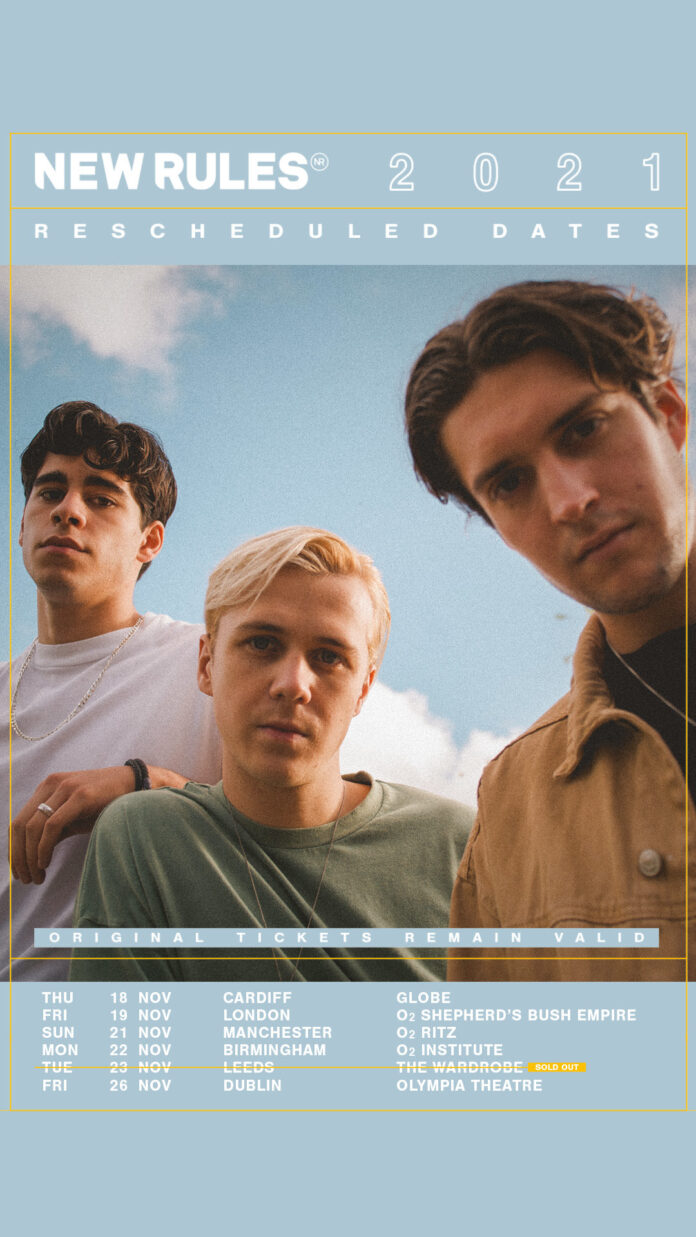 UK/Irish trio New Rules will be embarking on a headline tour this November following the release of single “Really Wanna Dance With You,” which is available now on all streaming platforms. On the track, breezy acoustic guitars and the group’s signature three-part harmonies underline a recollection of mustering enough courage to break the ice with an attractive stranger at the other end of the bar.

The trio added, “‘Really Wanna Dance With You’ is New Rules to a T: fun, honest storytelling. We wrote the song at home together after a chaotic night out in London, and it’s basically about being bad at talking to women (maybe too honest!). After 18 months of us all being stuck indoors, we wanted to kick off this next chapter of our band with an uplifting song that had a story people could relate to. We can’t wait to share more music with you soon.”

In 2018, Nathan stumbled on a YouTube cover of Hozier’s “Someone New” by Ryan and reached out. Not long after, he met Alec online too, and New Rules took shape. Relocating to London together, they gained initial traction with their debut single “Call It” during 2019. On its heels, “Fix Somebody” landed a high-profile sync on the hit TV show Love Island.

New Rules’ influence grew internationally. They hit the stage at the Alfa Radio Show in Mexico City in front of a crowd of 5,000 as their self-titled EP reached #1 on Mexico’s iTunes Chart. They linked up with Filipino megastar Inigo Pascual for the medley “Dahil Sa ‘Yo/Fix Somebody Mix” in The Philippines and took over primetime television shows—It’s Showtime and ASAP.

They stoked buzz stateside, gaining early support from Radio Disney, iHeartRadio, and SiriusXM. In 2020, the group racked up millions of streams with singles “Pasta” and “Emily” – the latter of which trended #5 on Twitter UK with the hashtag #GetThisToEmily. In the middle of lockdown, New Rules built a studio in the house they shared, writing feverishly throughout the pandemic and eventually signing to Elektra Records. 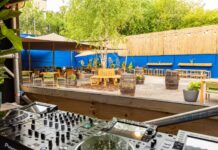 The Things that look back-Portico Library