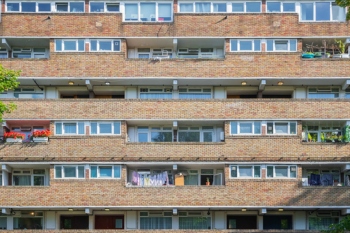 People in England’s most deprived neighbourhoods work longer hours than those in the rest of the country but live shorter lives with more years in ill health costing an estimated £29.8bn a year to the economy in lost productivity.

People living in these communities were also 46% more likely to die from COVID-19 than those in the rest of England.

The findings, revealed in a joint report released today by the All-Parliamentary Party Group for ‘left behind’ neighbourhoods and Northern Health Science Alliance, shows the devastating impact of poor health for those living in deprived areas and left behind neighbourhoods (LBNs) and makes a number of recommendations to overcome the health inequalities faced by people living in these places.

Those living in local authorities that contain ‘left behind’ neighbourhoods have a further £2bn gap in lost productivity compared to those areas with a similar rate of deprivation but with more civic assets, connectedness and an active and engaged community.

Across most measures people in these areas fair even worse than those in deprived neighbourhoods.

Men live 3.7 years fewer than average and women 3 years fewer. People in these neighbourhoods can both expect to live 7.5 fewer years in good health than their counterparts in the rest of England.

Typically located in post-industrial areas in the midlands and north of England, as well as coastal areas in the south east, the 225 neighbourhoods identified as ‘left behind’ rank within the top 10 per cent most deprived of the Index of Multiple Deprivation and the top 10 per cent of areas most in need as measured by the Community Needs Index, meaning they lack places and spaces to meet, digital connectivity and transport and an active and engaged community.

While outcomes between the England average and both deprived areas and ‘left behind’ neighbourhoods was by far the widest, outcomes were frequently worse in areas that contain ‘left behind’ neighbourhoods than those in areas which were deprived but not ‘left behind’. This shows the importance of taking an ultra-local approach to solving health issues, to engaging the local community in its efforts and making sure there are adequate resources available to do this.

“Health is at the forefront of all our minds right now. The findings from this report are clear, people living in ‘left behind’ neighbourhoods are overall worse off when it comes to health and something needs to change.

“It is essential we take the action needed to make sure people living in these neighbourhoods do not continue to suffer from poor health so that they can reach their full potential and have the same opportunities as those living elsewhere, now and in the future.”

Co-chair of the All Party Parliamentary Group for ‘left behind’ neighbourhoods the Dame Diana Johnson DBE MP said:

“Every single person in the country deserves to live a long life in good health, but this new research demonstrates this isn’t currently a reality.

“Whilst sustained investment in our health system is needed to make this possible, support and funding at a local level is also needed to ensure people and the communities in which they live in are happy, healthy and thriving, rather than continuing to be left behind.”

Report lead author Dr Luke Munford, Lecturer in Health Economics, at the University of Manchester said: “We have long known that the health of people living in these ‘left behind’ neighbourhoods is worse than the national average. We have shown here that if we can improve their health, there is considerable economic and social gains to be made, which will not only improve the quality of life of these people but also considerably boost the national economy.”