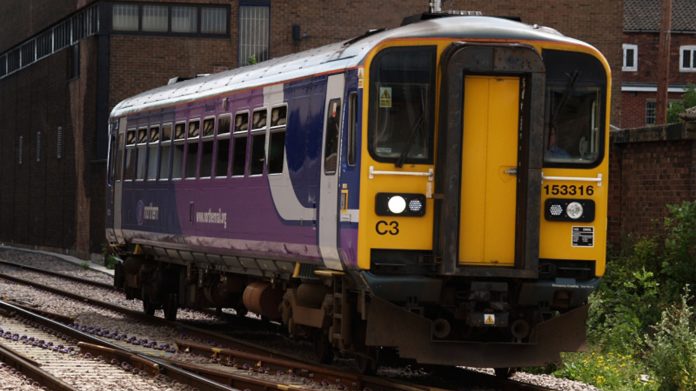 Rail union RMT has confirmed that a further two days of strike action on Arriva Rail North will go ahead on Friday 1st September and Monday 4th September as the company, says the union, continues to resist all efforts to make progress in the long-running dispute over rail safety and the head-long dash towards Driver Only Operation.

The union said it was angry and frustrated that the company has blocked any chance of making progress in talks with General Secretary Mick Cash .

The company have made it clear again that they are not prepared to discuss the core issue of the second safety-critical person on their trains and will only meet to discuss the terms of the RMT’s surrender on the fundamental issue of Driver Only Operation.A stance that the union has slammed as a total disgrace.

Northern still expect to run more  than 900 services on both strike days between 7am and 7pm, with final services on some routes finishing before 7pm but say that services that do run are likely to be extremely busy, may take longer than usual and connections to other services may not be available, and advise passengers to consider whether their journey is necessary.

The Company has said in a statement that despite being prepared to guarantee jobs and current pay for their on-board colleagues for the next eight years, until the end of the franchise, their offers to discuss every detail on the future responsibilities and training for on-board colleagues have been rejected by the RMT to date.

“The lack of progress with the RMT is frustrating as we would like the support of everyone, including the RMT, for our modernisation programme so that we can deliver maximum benefits to local businesses and communities.”

However says the union: “As well as digging their heels in on the crucial issue of the guarantee of a second safety critical member of staff on their trains the company continue to plough on with plans to introduce a minimum of 50% driver controlled operation across the franchise upon the introduction of the new rolling stock without agreement and in the teeth of opposition from the public, politicians and their own staff.

“Yet again this morning we have been confronted with the sheer intransigence of Arriva Rail North and that means that we have no option but to confirm a further round of strike action . The responsibility for the inevitable disruption lies wholly with the company. We are angry and frustrated that Arriva continue to fail to face up to the facts and also continue to ignore a perfectly reasonable union proposal to invite the DfT to join us in round table talks aimed at finding a solution.

“The public, who support RMT’s campaign for a guarantee of a guard on their trains, will be appalled that Arriva Rail North have failed yet again to offer any kind of progress whatsoever in the talks and have instead opted to try and bulldoze through their plans regardless. It is that flagrant disregard for the safety issues at the heart of the dispute which leaves us with no option but to press on with the campaign of strike action.