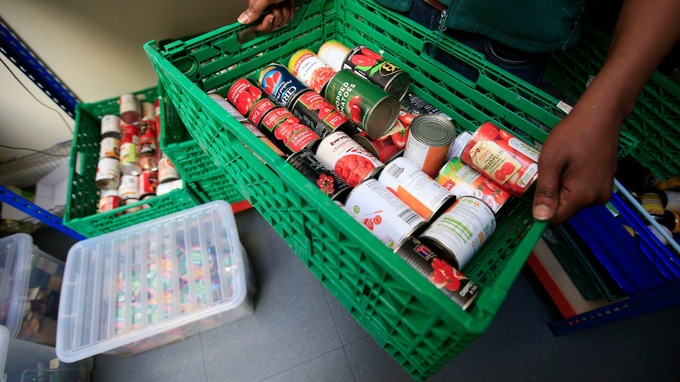 Today sees the launch of the first ever Food Poverty Action Plan for Greater Manchester.

Coordinated by Greater Manchester Poverty Action (GMPA), the Action Plan has been co-produced during the last 12 months by over 100 organisations from across the public, private and voluntary and community sectors, as well as individuals with experience of poverty. The aim is to end the scourge of food poverty in Greater Manchester.

The plan is being launched in central Manchester by GM Mayor Andy Burnham.

With over 600,000 people, including 200,000 children, living in poverty in Greater Manchester and food bank use higher in the city region than most other parts of the country, the plan calls for action by organisations across all sectors to help prevent people falling into poverty in the first place and to support people experiencing food poverty through increased access to advice and support.

Tom Skinner, co-director of GMPA said, “We are delighted to be launching the first ever Food PovertyAction Plan for Greater Manchester. With household budgets under huge pressure in recent years and more than half a million people struggling to put food on the table, it couldn’t be more timely.

There has been an amazing local response to rising need, often led by the charity sector and best evidenced by the rise in food banks across the city region. However, we now need to better coordinate this response with more joint working across sectors, to meet the needs of residents facing hardship, to support them out of poverty, and to prevent people from falling into poverty in the first place.”

Andy Burnham, in his foreword to the Action Plan said, “One in four parents across the country have skipped meals to make ends meet and for schoolchildren ‘holiday hunger’ is a growing concern. I wholeheartedly support and endorse the Greater Manchester Food Poverty Action Plan, which enables a strategic and better-coordinated response to foodpoverty in our city region.

Greater Manchester is the first city region to come together and co-produce a Food Poverty Action Plan on this scale. I applaud the work of the many people and huge range of partner organisations who work to reduce and prevent food poverty, support communities to plan and adapt to the challenge of food povertyand work with partners to address the structural and economic issues that underlie food poverty”.

Slow road back to recovery for the NHS says report